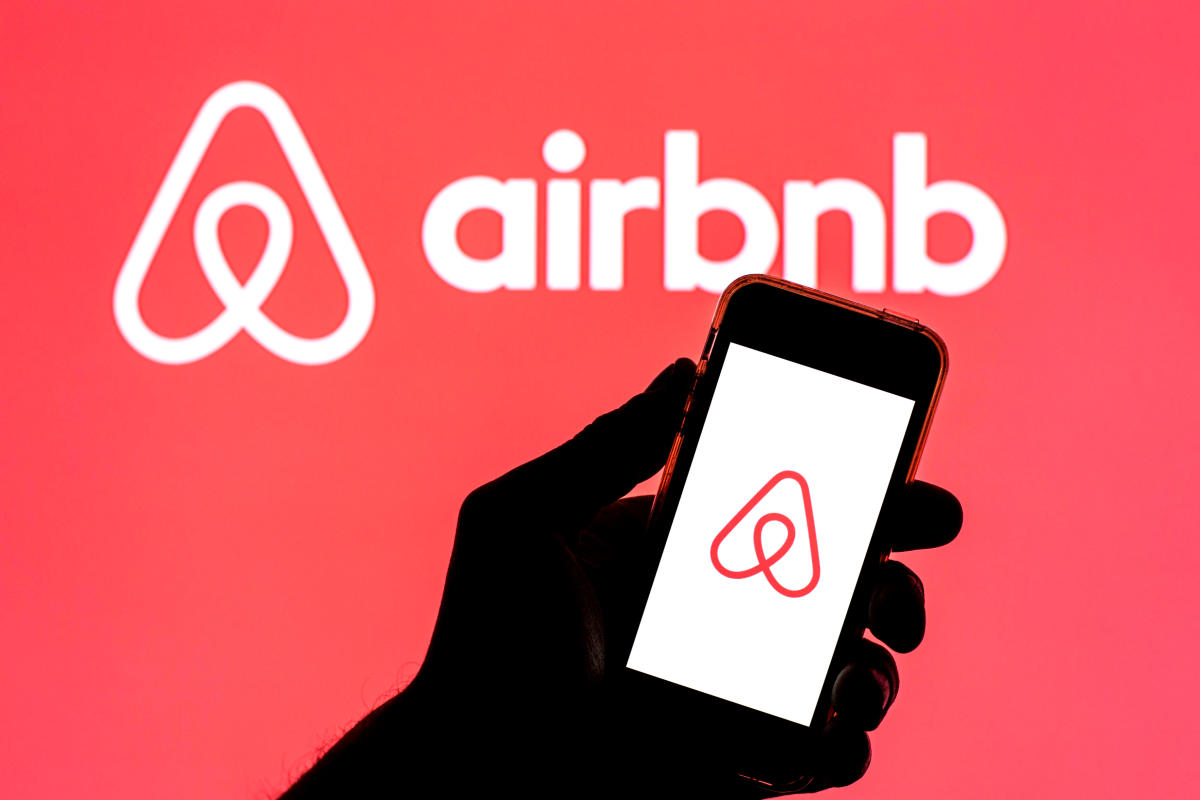 Airbnb (ABNB) reported first-quarter results that exceeded estimates, as virus-related restrictions eased further and helped lift business. The company also reported its first quarter of positive adjusted EBITDA even as it navigated a jump in Omicron cases at the beginning of this year and international disruptions due to Russia’s invasion of Ukraine.

Here’s what the lodging company posted in fiscal first-quarter results released after market close on Tuesday, compared to consensus estimates compiled by Bloomberg:

Airbnb’s revenue represented a 70% leap from the same quarter last year, and came as nights and experiences booked topped 100 million for the first time in the company’s history. Gross booking value (GBV), a closely watched metric for the travel company, increased 67% over last year to $ 17.2 billion, also topping the $ 15.9 billion expected.

This pick-up in bookings also trickled down to Airbnb’s bottom-line results, as Airbnb swung to an adjusted EBITDA profit of $ 229 million during the quarter. Though net losses still came in at $ 19 million, this marked a significant narrowing from the $ 1.2 billion net loss posted in the first quarter of last year.

Like many travel companies, Airbnb has benefited from the pent-up demand for travel that consumers have built up over the course of the past couple years. With mobility picking up and new COVID-19 infections coming off their peaks in many regions, bookings have improved markedly from the depths of the pandemic.

For Airbnb specifically, increased bookings have also come as companies now allow employees more flexibility to work outside traditional offices and in locations of their choice, spurring demand for longer-term reservations. Airbnb said long-term stays, or visits of at least 28 days, reached an all-time high and more than doubled compared to the first quarter of 2019.

“Two years since the pandemic began, a new world of travel has emerged. Millions of people are now more flexible about where they live and work,” Airbnb said in its investor letter Tuesday. “As a result, they’re spreading out to thousands of towns and cities, staying for weeks, months, or even entire seasons at a time. Through our adaptability and relentless innovation, we’ve been able to quickly respond to this changing world. of travel. “

Still, Airbnb grappled with some headwinds in the first quarter, including a surge in COVID cases in the US at the start of the year, and in China more recently. Nights and experiences booked in Airbnb’s Asia Pacific region were still below pre-pandemic levels from the first quarter of 2019, but excluding China, the company did see an improvement in the region’s bookings in the first quarter of 2022 compared to the fourth quarter of 2021 Elsewhere, even given geopolitical uncertainty following Russia’s invasion of Ukraine, Airbnb reported EMEA (Europe, Middle East and Africa) nights and experiences booked that were above first-quarter 2019 levels for the first time since the start of the pandemic.

Airbnb also expressed optimism about the summer travel season, echoing upbeat remarks from other companies like Delta Air Lines (DAL) and Mastercard (MA). Airbnb offered fiscal second-quarter sales guidance that exceeded estimates, saying it expects revenue to come in between $ 2.03 billion and $ 2.13 billion. Consensus analysts were looking for $ 1.97 billion, according to Bloomberg data.

“People are becoming increasingly confident in booking travel further in advance, with lead times even surpassing 2019 levels by the end of Q1,” Airbnb said in its shareholder letter. “Looking ahead, we see strong sustained pent-up demand. As of the end of April 2022, we had 30% more nights booked for the summer travel season than at this time in 2019, and the growth from 2019 is higher the further we look out this year. “

Read the latest financial and business news from Yahoo Finance