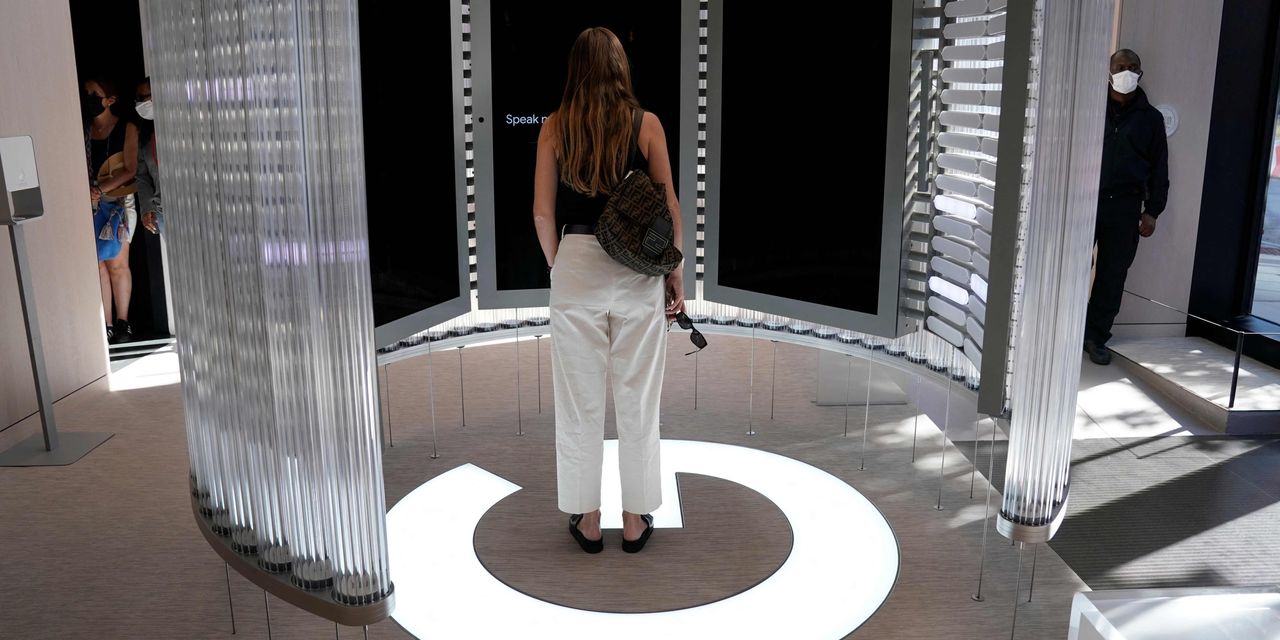 The company said first-quarter sales rose 23% from the year-ago period, the lowest rate for the tech giant since late 2020. In the interim, the company saw a period of massive sales growth, as small and large businesses alike flooded into the ad market seeking to win customers who spent the early period of the pandemic sequestered in their homes. Company sales advanced 41% last year.

Rising inflation, supply chain disruptions, Russia’s war on Ukraine and other factors have weighed on the economic outlook and, analysts say, companies’ appetite to spend on ads. Snap Inc.

said last week that those pressures affected its financial results in the most recent quarter and could dent the ad market going forward.

Russia’s assault on its neighbor, which kicked off in the first quarter, had “an outsize impact on YouTube ads relative to the rest of Google,” Chief Financial Officer Ruth Porat said on an earnings call. That came both from suspending the vast majority of commercial activities in the region, as well as a related reduction in spending primarily by brand advertisers in Europe, she said.

What are you looking for in Alphabet’s earnings report? Join the conversation below.

Alphabet suspended some activities in Russia as the Kremlin took aim at Western companies that limited some local government-linked broadcasters.

Google Chief Business Officer Philipp Schindler said that “people are seemingly back on the move.” Travel searches in the quarter were above what the company had seen in the pre-pandemic first quarter of 2019, he said.

Alphabet reported $ 68 billion in sales for the first three months, meeting Wall Street expectations. Net income, weighted down by accounting factors linked to some investments, dropped 8.3% to $ 16.4 billion, below the consensus estimate of analysts surveyed by FactSet.

Shares in the company closed down more than 3% Tuesday and retreated further after the results.

Ms. Porat said some of the issues that weighed on the first-quarter results, including supercharged year-ago growth figures and the suspension of activities in Russia, would persist in the current quarter.

YouTube, the internet’s largest video destination, felt some of the sting of the ad market turmoil. It contributed $ 6.87 billion in first-quarter sales, falling short of Wall Street’s expectations by some $ 600 million. Alphabet has been ramping up spending for YouTube to maintain its lead in video by funding a TikTok alternative, YouTube Shorts, and adding live shopping.

The Shorts feature, Chief Executive Sundar Pichai said, had grown to more than 30 billion daily views, or four times the year-earlier figure. The focus for the company has been to develop and roll out the feature. Making money from it is expected to come later.

Alphabet reported top-line growth in its cloud-computing business, where it is trying to catch up to Amazon.

to better automate cyber defenses by injecting specialized intelligence into one of the world’s largest platforms for cloud-based tools.

Cybersecurity investments have become something of an arms race among cloud service providers, with a rash of ransomware and other attacks driving customer concerns about data security. Microsoft, which also reported quarterly earnings Tuesday, said revenue and profit rose as demand for its cloud services and software products continued to climb, with the pandemic spurring more remote work.

Sales for Google Cloud rose about 44% year-over-year to $ 5.8 billion, generating an operating loss of $ 931 million. Microsoft, in its earnings, said sales for Azure and its other cloud services advanced 46% from the year-ago quarter. Amazon reports quarterly results Thursday.

Alphabet also said it would repurchase up to an additional $ 70 billion of some of its stock.

—Robert Wall contributed to this article.