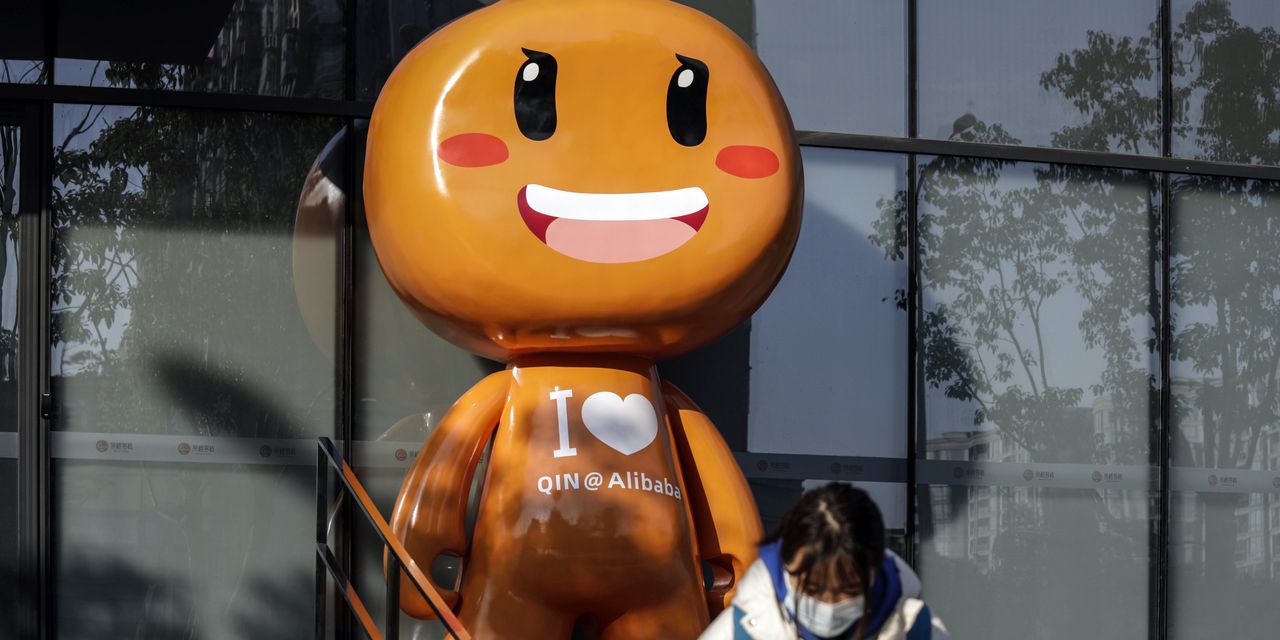 and other Chinese technology stocks jumped by double-digit percentages, leading a broader market rally, on investor hopes that the government would do more to support the sector and the broader economy.

The surge on Friday helped Chinese shares recoup some of their recent losses, while the yuan also clawed back some ground against the dollar after sharply selling off in recent sessions.

China’s Politburo said Friday that the government should roll out policies to support the economy, stabilize consumption and invest effectively to support growth, according to the state-run Xinhua News Agency. The calls were made at a Friday meeting chaired by President Xi Jinping, Xinhua said.

Policy makers said they would step up support and strive to hit this year’s growth target, even as Covid-19 outbreaks and the Russia-Ukraine war have increased the challenges facing the Chinese economy. Many economists and analysts have said China’s target of 5.5% gross domestic product growth would be hard to achieve, with many major cities in lockdown due to China’s zero-Covid-19 policy.

In tech, the Politburo said the government should wrap up its push to rectify issues at internet-platform companies, and introduce specific measures to promote the “healthy development of the platform economy.” The Politburo is the top policy-making body of China’s ruling Communist Party.

The language on tech was far more accommodative than in a previous meeting in December, said Larry Hu, an economist at Macquarie, an investment bank. “Today’s Politburo meeting wants to assure the market that the regulation campaign, which started from the end of 2020, is OVER,” Mr. Hu told clients in a note Friday.

China is preparing to hit pause on its monthslong campaign against tech companies, and the top internet regulator is set to meet next week with the country’s embattled tech giants, people familiar with the matter told The Wall Street Journal.

all rising by more than 10%. In mainland China, the CSI 300 and Shanghai Composite indexes both rose about 2.4%.

The moves cap a turbulent period for Chinese markets, with onshore stocks earlier this week suffering their worst one-day selloff in more than two years, while the yuan fell to levels last hit in late 2020. Despite Friday’s rebound, the CSI 300 ended the month 4.9% lower, while the Hang Seng finished April 4.1% underwater.

“Stimulus has been measured so far, but I believe there is room to do more to support growth if policy makers are willing,” said Louis Lau, director of investments at Brandes Investment Partners in San Diego. “There is much scope for Chinese equities to recover if investors regain confidence and actual economic fundamentals improve.”

This time, the economic hit of Covid-19 created more urgency and the chance of more stimulus, among other things, Mr. Bhayani said. “There are more stars aligning than it were perhaps in March,” he said.

In currency markets, the yuan rallied in both the onshore and more freely traded offshore markets. The offshore yuan rose nearly 0.6% to 6.6193 yuan per dollar by early evening Hong Kong time. Still, it remains markedly weaker than at the end of March, when it traded at about 6.35 per dollar.

Write to Rebecca Feng at rebecca.feng@wsj.com and Dave Sebastian at dave.sebastian@wsj.com