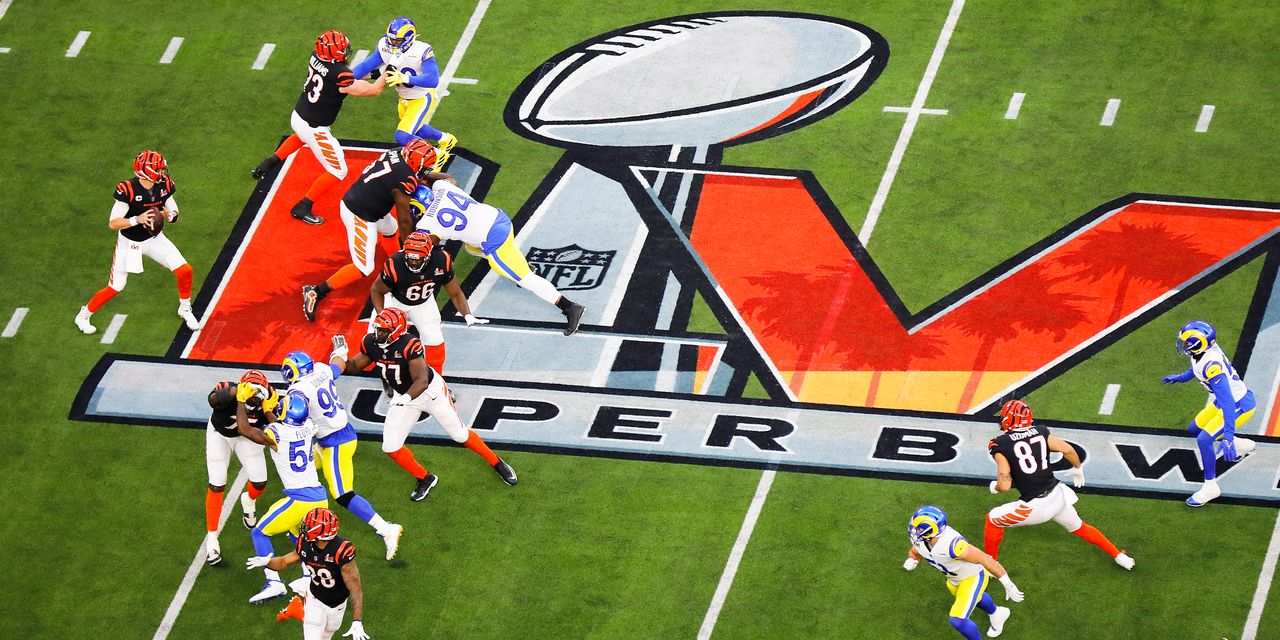 Comcast Corp. said the number of paying subscribers to its Peacock streaming service jumped by more than 40% in the first quarter, thanks in part to a jam-packed February of top sporting events, which included the Super Bowl and Beijing Winter Olympics.

The performance of Peacock, which has been slow to gain traction since its launch less than two years ago, comes as the streaming industry’s leader, Netflix Inc., last week said it had lost subscribers for the first time in more than a decade. Netflix’s decline highlighted the challenges that newer entrants in streaming are likely to face growing their customer base while competing with a much larger field of rivals.

Comcast Chief Executive Brian Roberts on Thursday said Peacock had more than 13 million paying customers and 28 million monthly active accounts as of March 31. In the fourth quarter, Comcast had said over nine million people were paying to watch Peacock, which is also available free of charge to existing cable and broadband customers of Comcast and other providers, like Cox Communications Inc.

Mr. Roberts attributed the rise in customers to the Beijing Olympics and Super Bowl as well as new content on Peacock, including “Bel-Air,” which he called the most successful original series on the service.

“Given the natural ebbs and flows of our content slate, we do not anticipate seeing this type of growth every quarter,” Mr. Roberts said on a call with investors.

Philadelphia-based Comcast, owner of Xfinity-branded broadband and cable services, the NBCUniversal media empire and the UK’s Sky TV business, on Thursday reported a 6.6% rise in net profit to $ 3.55 billion, or 78 cents a share, compared to $ 3.33 billion , or 71 cents a share, a year earlier. Revenue rose 14% to $ 31 billion, boosted by strong growth at NBCU, while subscriber growth continued to slow down at its broadband unit, the cornerstone of Comcast’s business.

announced a joint venture that will see Charter use Comcast’s platform. The partnership will lead to a newly branded technology platform that will also be used on XClass TVs, Comcast’s foray into smart-TVs. Charter will pay $ 900 million to Comcast as part of the partnership over the next few years, while the reach of Comcast’s technology will spread to another cable footprint. A time frame for the deal has not been disclosed.

“Not only will we bring these products to millions of more customers, but we’ll open a door to brand new revenue opportunities,” he said. Roberts said, adding Peacock will be embedded into the platform with the aim of expanding its customer base more quickly.

NBCUniversal has made many moves to make Peacock more attractive, including taking its popular sitcom, “The Office,” away from Netflix so that it would only live on Peacock. The company also ended a deal with Walt Disney Co.

‘s Hulu that will shift some high-profile programming back to Peacock.

“Instead of going to Hulu and seeing ‘The Voice’ next day or ‘Real Housewives,’ next-day, now you will be able to see them exclusively on Peacock starting in September,” NBCUniversal CEO Jeff Shell said Thursday. Mr. Shell said new episodes from its cable channel Bravo, will be available next-day on Peacock for the first time.

programming such as WrestleMania.

Peacock comes in three tiers: a free, ad-supported version with limited content, a $ 4.99 ad-supported tier and a commercial-free offering for $ 9.99.

“We’ve said from the beginning since we launched Peacock that we’re taking a different approach than most of the other people in the streaming business,” Mr. Shell said. Rather than viewing Peacock as a stand-alone business, NBCUniversal sees it as “an extension” of its TV unit, he said. “I think our strategy is working.”

Last week, Netflix said it would explore a lower-priced ad-supported offering after announcing it lost customers during the first quarter.

Mr. Shell added that NBCUniversal remains flexible with changing its business model as needed, pointing to Peacock’s shift toward garnering more paying subscribers rather than focusing on its free tier. “So obviously, as things change in the streaming market we’ll continue to evaluate and shift, but right now we’re really happy with both our business model and how we’re performing.”

Chief Financial Officer Mike Cavanagh said Comcast expects roughly $ 2.5 billion in Peacock losses this year, with much of that occurring in the second half due to more content airing during that time.

Earlier Thursday, Comcast said its broadband unit, the cornerstone of its business, added 262,000 new customers, down 43% from the same period last year. The slowdown in broadband growth follows a period of robust quarters in the early months of the pandemic, when many customers were relying solely on their at-home networks.

The company’s NBCUniversal unit, which is made up of its television, streaming, film and theme-park businesses, posted a 47% increase in revenue to $ 10.3 billion. NBCU benefited from the Super Bowl and Beijing Winter Olympics, which were available on platforms including NBC and Peacock. These two events alone accounted for about $ 1.5 billion of the $ 6.87 billion in revenue generated by NBCU’s media segment, the company said.

NBCU’s studios division recorded a 15% revenue increase to $ 2.76 billion, while revenue for the theme-parks unit more than doubled to $ 1.56 billion. Both businesses were heavily affected in the early days of the pandemic and are still rebounding.

Revenue for the UK-based Sky TV business fell 4.5% to $ 4.76 billion, mostly due to currency fluctuations.

Write to Lillian Rizzo at Lillian.Rizzo@wsj.com