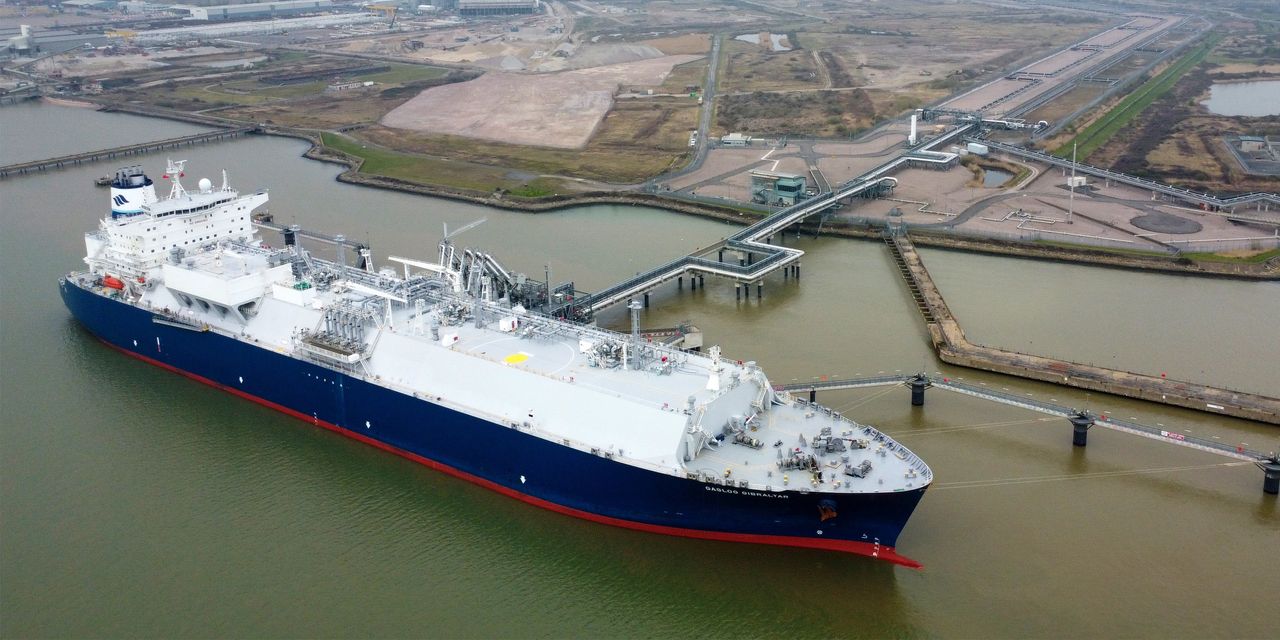 Europe is racing to stock up on oil and natural gas before it imposes tighter sanctions on Russian energy, showing the dash to reorganize global energy supplies in the wake of the war in Ukraine.

Terminals to import liquefied natural gas took in a record amount of the superchilled fuel for the time of year in April, according to commodity-tracking firm Vortexa. Oil imports from non-Russian suppliers, meanwhile, hit their highest level since the start of the pandemic.

Governments and companies are preparing for Russian imports to slow by seeking alternative sources in the US, Africa, the Middle East and Asia — as well as squeezing more supply out of Europe itself.

Europe is shoring up supplies ahead of a likely embargo on Russian oil and a potential severing of gas exports by Moscow. Both steps would rewire an economy that has run on affordable Russian energy dating back to the Cold War. Berlin says 12% of German oil imports now come from Russia, down from 35% before the Feb. 24 invasion.

Among the winners: BP PLC,

which posted $ 6.2 billion in underlying profits for the first quarter Tuesday after stripping out a $ 25.5 billion charge from its decision to exit Russia.

Chief Executive Bernard Looney said BP had sent 55 cargoes of LNG into Europe over the past five months, a frenzy of activity for the firm’s gas traders. The company’s four European refineries, meanwhile, are minting money as the price of fuel they sell outstrips the cost of crude they buy.

The scramble in Europe is driving up prices for consumers in the US Natural-gas futures have more than doubled this year and diesel futures have rocketed 80%, adding to inflationary pressures that the Federal Reserve is trying to quash with higher interest rates.

Companies and governments are seeking to lock in supplies in the long run. NextDecade Corp.

this week said it had signed a 15-year deal to supply LNG from its Brownsville, Tx.-based LNG export project to Engie SA starting in 2026.

What are the implications for investors if Europe cuts its reliance on Russian gas? Join the conversation below.

The deal marks a U-turn for the French power company, which halted negotiations on a multi-billion contract to buy NextDecade’s gas in late 2020 over concerns about the environmental effects of fracking.

Europe’s decoupling from Russian energy accelerated in recent weeks. The European Union is finalizing a deal to end purchases of Russian oil, possibly by the end of the year. Shipments are already on track to drop when sanctions on state producers Rosneft Oil Co.

and Gazprom Neft kick in mid-May.

The gas market is a bigger worry. Officials and analysts say Gazprom might cut supplies elsewhere in Europe after turning off the taps to Poland and Bulgaria last week. The giant producer said it had not received payment in rubles as required by a Kremlin decree.

To prepare for a future without Russian gas, Europe is importing more from afar. Suppliers in North America and Africa have stepped in, shipping 81% and 25% more LNG to Europe than a year before, respectively, said David Wech, Vortexa’s chief economist. The surge has helped lift shares of LNG exporters, such as Cheniere Energy Inc.

There are limits to how much LNG Europe can suck in, with tankers fully booked and import terminals at capacity. A sign of the bottleneck: The price of gas in northwest Europe has risen to a huge premium over the price of imported LNG, according to Spark Commodities.

Utilities and traders in control of slots at import terminals are able to cash in on the difference by buying LNG at relatively low prices and selling at a higher price, analysts and shipbrokers say.

In oil markets, European imports of crude from Africa have risen by half a million barrels a day since the month through Jan. 16, according to Vortexa, while imports from North America and the Middle East have climbed by 300,000 barrels a day apiece.

Diesel, meanwhile, is incoming from refiners in India and the Middle East. The conflict has worsened a monthslong shortage of the fuel because Europe came to depend on Russian refiners when it pushed for drivers to adopt diesel cars in the 2000s.

A challenge in luring diesel imports from distant markets is that spot prices have risen well above prices for delivery several months down the line. Cargoes therefore lose value while they are en route, said Eugene Lindell, an analyst at FGE, an energy consulting firm.

“What is happening now in terms of diesel shortage in Europe is going to be a challenging task for the global refining system,” Josu Jon Imaz, chief executive of Spanish oil company Repsol,

Write to Joe Wallace at joe.wallace@wsj.com