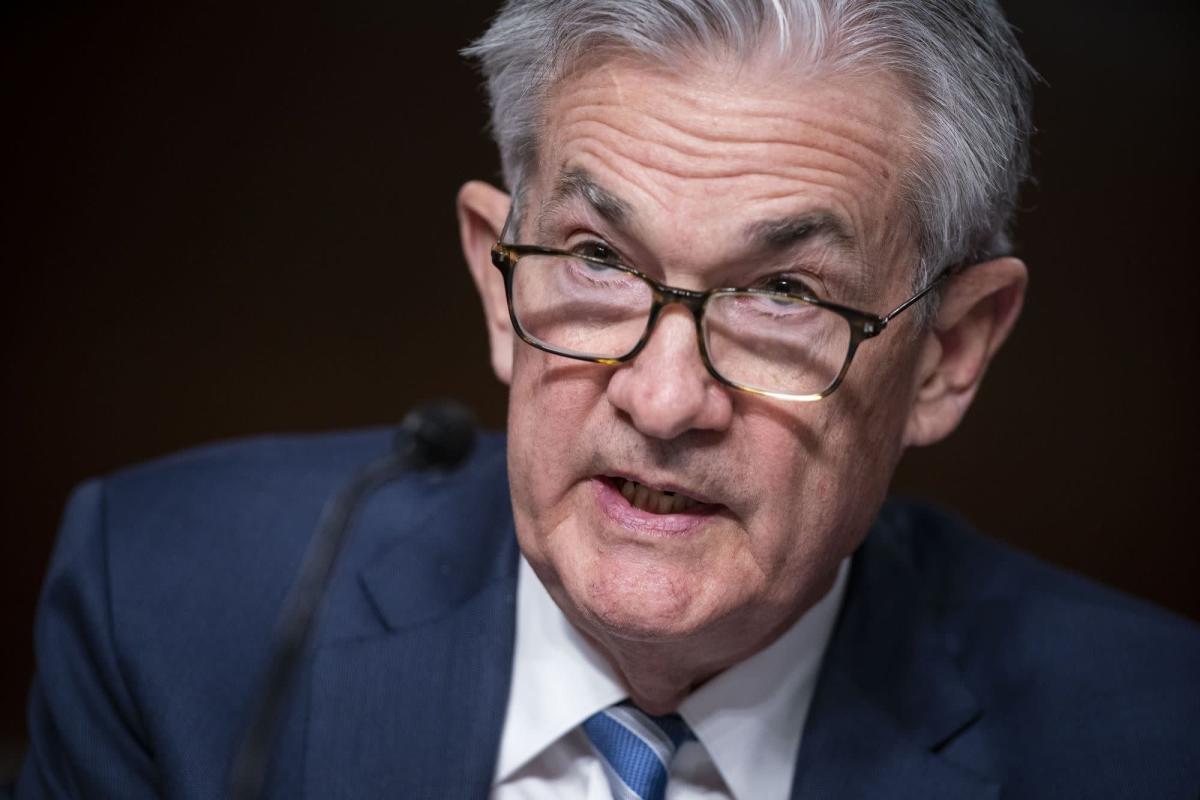 (Bloomberg) – A lot is riding on how Federal Reserve Chairman Jerome Powell parries a question he’ll surely be asked after Wednesday’s monetary policy decision: is a 75-basis-point rate hike in the cards at some stage?

The US central bank is expected to raise rates by 50 basis points at this meeting, something it has not done since May 2000. And half-point moves are fully priced in by swaps traders for each of the following three meetings – June, July and September – the most aggressive trajectory in three decades. But there might still be room for even more hawkishness, depending on how Powell navigates his upcoming press conference.

Traders will be watching closely to see if the Fed boss green-lights – or at the very least opts not to red-light – the idea of ​​a three-quarter point hike, something the central bank has not implemented since the annus horribilis for Treasuries that was 1994. Either way, the shifts in the rates market – which at one point last week had a 75-basis point move for June close to being a coin toss – could be swift and merciless.

Powell will fall back to ‘we are not on pre-set rate hikes’ or something along those lines -‘ we go in with an open mind each meeting and will talk it over and we’ll see where we go from there, ‘”Said Tony Farren, managing director at Mischler Financial Group. “The market would take that as hawkish. For his comments to seem dovish, he’d have to shut down the talk of 75 basis points. And while I do not think he’ll endorse it, I do not think he’ll shut it down. ”

The picture in Australian markets offers some potential guidance for how rates traders, and even strategists, might react to such comments. Reserve Bank of Australia Governor Philip Lowe on Tuesday spoke of keeping an open mind after hiking rates by more than expected, and added that there’s no predetermined path.

That sent the country’s government bonds into a fresh tailspin as traders price in a more aggressive path for Australia than the US – December cash-rate futures Down Under yielded 2.9% on Wednesday versus 2.8% for the Fed funds rate.

An ambivalent tone from the Fed chairman on could push Treasury yields up across the curve, Farren said.

Powell is likely to stick to his plan of being data dependent and non-committal about future rate increases, Mark Cabana, head of US rates strategy at Bank of America told Bloomberg TV on Tuesday, calling current market pricing for a 75 basis-point hike in June “notable odds.”

St. Louis Fed President James Bullard has already openly articulated a case for a potential 75 basis-point hike this year. Other senior Fed officials have said that a 50 basis-point hike is more appropriate alongside plans to allow the central bank’s balance sheet to start contracting by as much as $ 95 billion a month.

“I think a 75-basis-point hike is a bridge too far for this committee which is still made up by a bunch of doves,” said Peter Boockvar, chief investment officer at Bleakley Advisory Group. “And the 50 base points of hikes for four meetings in a row is hawkish enough, in the eyes of the market” as well.

US 10-year Treasury yields climbed above 3% this week for the first time since 2018, while expectations for aggressive global policy tightening helped drive global bonds in April to their steepest monthly loss on record. Australian 10-year yields rise six basis points on Wednesday to 3.46%, the highest since 2014 and up by 40 basis points in the space of a week.

So far this week, traders have trimmed the odds of a precipitous June hike from the Fed, with swap contracts for June back at 109 basis points more than the current rate from a recent peak of 111 basis points. That suggests around a one-in-three chance a 75 basis-point hike next month following the 50-basis-point that is widely tipped to be implemented this Wednesday instead of just a half-point bump for June.

The market’s preemptive pricing of a possibly more aggressive rate cycle reflects how the Fed has been forced to up its hawkish mantra all year as inflation expectations have marched higher, particularly after the commodity-price surge sparked by Russia’s invasion of Ukraine.

“If anything can be said about Powell’s Fed during the last six months it is that there is a clear bias to surprise on the hawkish side,” said Ian Lyngen, head of US rates strategy at BMO Capital Markets.