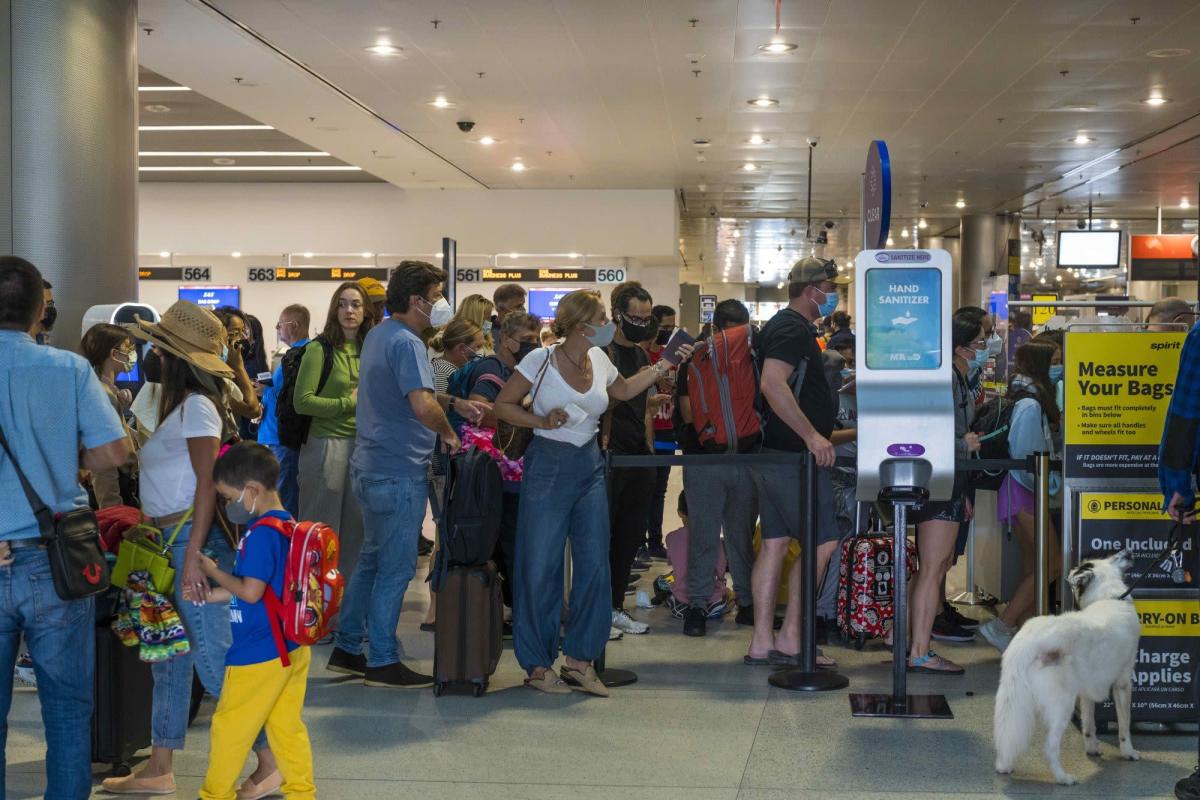 (Bloomberg) – For much of the pandemic, many US travelers experienced delay-free flights as air traffic plummeted. With leisure travel roaring back, the skies are jamming up, nowhere more so than in Florida.

Thanks to private jet flights, space launches and severe weather, the Sunshine State is seeing its worst gridlock in years. Airline officials and federal regulators met this week in Florida to address the problem.

The increased delays are testing an aviation system that has faced Covid-19-related upheavals for both airline employees and federal air-traffic controllers for more than two years. Carriers including JetBlue Airways Corp., Spirit Airlines Inc. and Frontier Airlines, hungry to grow after years of red ink, are having to reduce Florida flights this summer despite growing demand.

“I would not be surprised if, as traffic levels come up and also as we move into the convective season in other parts of the country, that you might see a similar increase in delays” in other regions, Hansman said.

The disruptions in Florida have left thousands of passengers scrambling for alternate flights or paying for extra hotel stays and meals. JetBlue canceled flights at both the start and conclusion of a trip to Florida for Beth Powell of West Virginia, who was traveling from Washington, DC, to Fort Myers, with her husband and two children, she said in an interview.

“We got it on both ends,” Powell said.

Even with some airlines expecting to temper Florida growth plans, aviation groups told the Federal Aviation Administration during two days of “productive” meetings Tuesday and Wednesday that “demand will continue to increase past 2019 levels,” the FAA said in an emailed statement.

Data from the FAA’s Jacksonville Center, which oversees flights that cross over the northern half of Florida, show that the area has seen more traffic growth this year than any such facility in the country.

Total flights handled by all of the FAA’s 22 air-traffic centers in the US were down 7% in the first three months this year compared to the same period in 2019. By contrast, Jacksonville Center recorded a 5% increase.

The facility reported 8,935 delays that lasted more than 543,000 minutes – the cumulative equivalent of more than a year – in March alone. That’s the third-highest number of delays at any FAA Center since 2017 and the most since the start of the pandemic, according to FAA data. Delays have been elevated in the region since October.

Charter operations and private flights are driving the bulk of the flight increase. At Palm Beach International Airport, private and charter flights in March jumped 65% to 12,239, compared to 7,412 in 2019.

“Palm Beach was typically a pretty quiet airport,” Maestrales said. “Now it’s unbelievable the departure delays, and just the amount of aircraft parked on the tarmac out there.”

Controllers have also had to contend with thunderstorms, nearby military flights and rocket launches. The FAA must close hundreds of miles during a launch from Cape Canaveral, where Elon Musk’s SpaceX has launched ten of its Falcon 9 missiles. There have been 17 launches in total from the complex this year so far, on pace for the most in decades.

“The combination of these factors leaves little margin for the system to absorb flight delays,” the FAA said in an emailed statement.

The agency will develop a “playbook” similar to what it uses in the more congested New York skies to help airlines plan for delays and it will encourage the use of alternate flight routes as a way to limit disruptions.

The FAA also said it will boost the authorized staffing levels at Jacksonville Center. It currently has a relatively low level of fully certified controllers, but is within guidelines, according to FAA data. It can take years to train new controllers.

The agency also asked airlines and other aviation groups to provide more advance warning of expected traffic growth, it said.

“It’s simply that their traffic control is an unsustainable thing,” Frontier Chief Executive Officer Barry Biffle said on an April 28 conference call. “We’re really excited that the FAA is stepping in knee deep on this.”

(Updates with FAA statement from second paragraph. An earlier version corrected the spelling of Fort Myers)