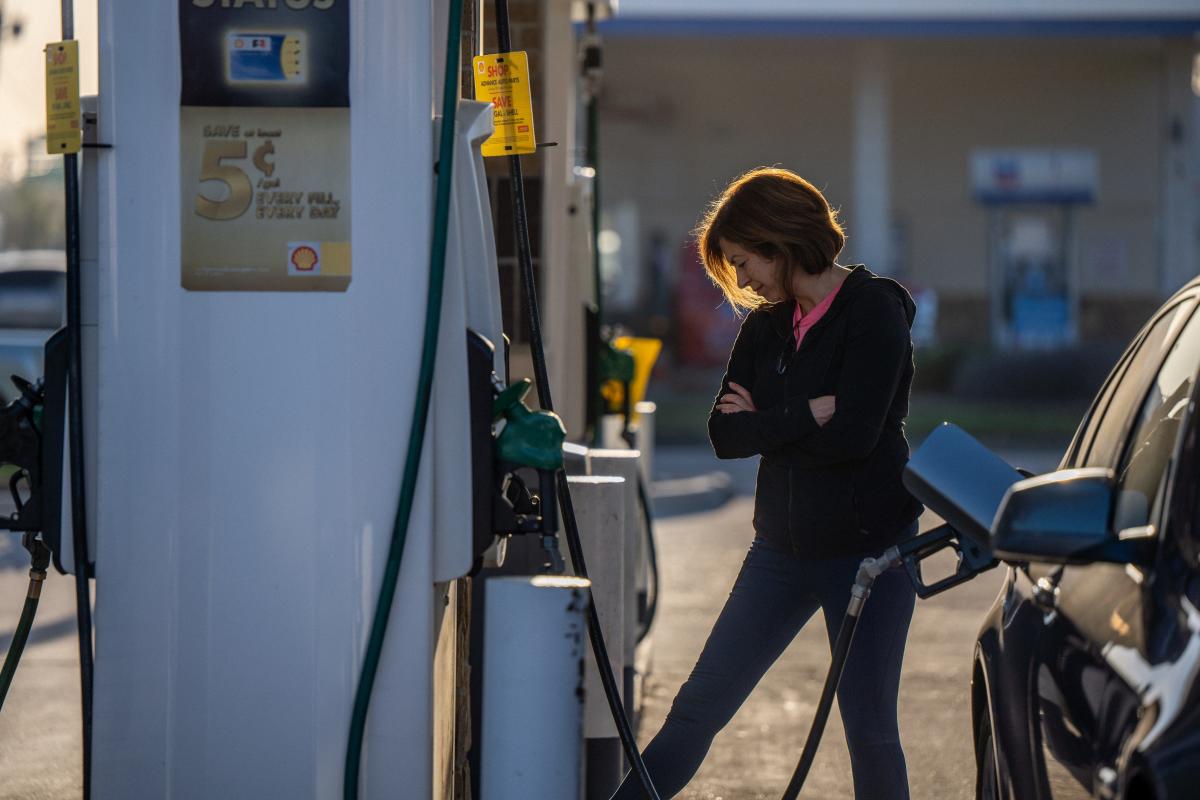 Gas prices have slowly fallen since March, when a gallon topped $ 4.33 on average nationally, according to AAA data. But they’re starting to creep up again, and it could be awhile before Americans start to see prices come down, gas experts told USA TODAY.

Between Monday and Friday, the national average for a gallon of regular gasoline increased by nearly 4 cents to $ 4.16.

Demand for gas typically is elevated in the summer as more Americans take road trips, which tends to put upward pressure on gas prices. The same is likely going to play out this summer, but the war in Ukraine could cause prices to go even higher.

CUT TAXES TO MAKE GAS CHEAPER? Maryland and Georgia try it temporarily – and other states might too.

As for how high, “it’s basically impossible to get a good gauge on where we’ll be this summer because of the wide range of possibilities,” said Patrick De Haan, head of petroleum analysis at fuel savings app GasBuddy.

A number of factors are at play.

In March, President Joe Biden banned Russian oil from being imported into the United States. Even though the US is a net producer of oil, Russia accounted for 3% of all oil the nation imported in 2021. Russian oil plays a much more significant role in Europe, accounting for 30% of all oil imports there, according to an analysis by S&P Global Commodity Insights.

That should not have a material impact on gas prices consumers pay at the pump “but it escalates the situation, which could in the future have an impact,” De Haan told USA TODAY.

FEELING THE PINCH:US diesel fuel prices could top $ 6 after Russia’s moves against Poland and Bulgaria

COVID-19 outbreaks in China, which could prompt lockdowns within economic hub cities like Shanghai, may ease pressure on gas prices in the US if less oil is exported, he added.

If prices go up this summer, it’s not because the US is not producing enough oil, said Sen. Sheldon Whitehouse, DR.I. “The more US companies produce, the more cartels can adjust their own behavior to keep prices high,” he said, referring to the Organization of the Petroleum Exporting Countries.

OPEC, which is made up of 13 member countries, sets crude oil production targets, which influences the price consumers pay for gas around the world. Although the US is the top oil producer in the world, it is not part of OPEC.

Nearly 70% of US adults are changing their summer travel plans because of inflation, which includes high gas prices, according to a survey in late March by Bankrate.

Overall, US consumers are paying 8.5% more for goods and services compared to last year. The 18.3% increase in prices for gasoline Americans experienced in March accounted for most of the increase in last month’s overall Consumer Price Index, which rose by 1.2% from February.

Several Democratic-led proposals, one of which Whitehouse co-sponsored with Khanna, would in effect send gas stimulus checks to lower-income Americans.

In Whitehouse and Khanna’s proposal, titled the Big Oil Windfall Profits Tax, that money would come from levying a per-barrel tax on major oil companies “equal to 50% of the difference between the current price of a barrel of oil and the pre- pandemic average price per barrel between 2015 and 2019, ”according to a brief of the bill.

CALIFORNIA TAX REFUNDS: Millions in California could get up to $ 800 in gas tax refunds to fight high fuel prices, governor proposes

“If they avoid the tax, that’s less relief for the American public, but that means their price will come down.”

But, Khanna said, “we have not, unfortunately, got Republicans on board with it yet.”

Many Republican lawmakers are resurrecting calls to expand the Keystone XL pipeline, which they claim would lower gas prices and help the US become even more energy independent.

Biden prevented the expansion in one of his earliest executive orders citing environmental concerns. Keystone XL, which would ship crude oil from Alberta to existing pipelines and then on to the Gulf Coast refineries, would take years to construct and would not be assured to increase US supplies.

SAVING GUIDE: Amid high gas prices, inflation, here’s how to save money as you head back to the office

Gas price relief this summer may come on a state-by-state basis.

“If you can not remember last time you checked your tire pressure, there’s a good chance it’s low and if you inflate it properly you could save a lot of money on gas,” said AAA spokesman Andrew Gross.

Also, if your car does not require premium gas “then do not use it,” he said. Conversely, if your car can run on E15, gasoline that uses a 15% ethanol blend, you could save 10 cents a gallon on average, according to the White House. However, it is available only at about 2,300 out of more than 150,000 gas stations across the country,

E15 gas normally isn’t sold during the summer because of air pollution concerns, but the Environmental Protection Agency issued an emergency fuel waiver on Friday to allow it.

De Haan said the “on paper” per-gallon savings from using E15 as opposed to regular fuel may be somewhat overstated since “there may be a slight hit to fuel efficiency.”

Elisabeth Buchwald is a personal finance and markets correspondent for USA TODAY. You can follow her on Twitter @BookElisabeth and sign up for our Daily Money newsletter here