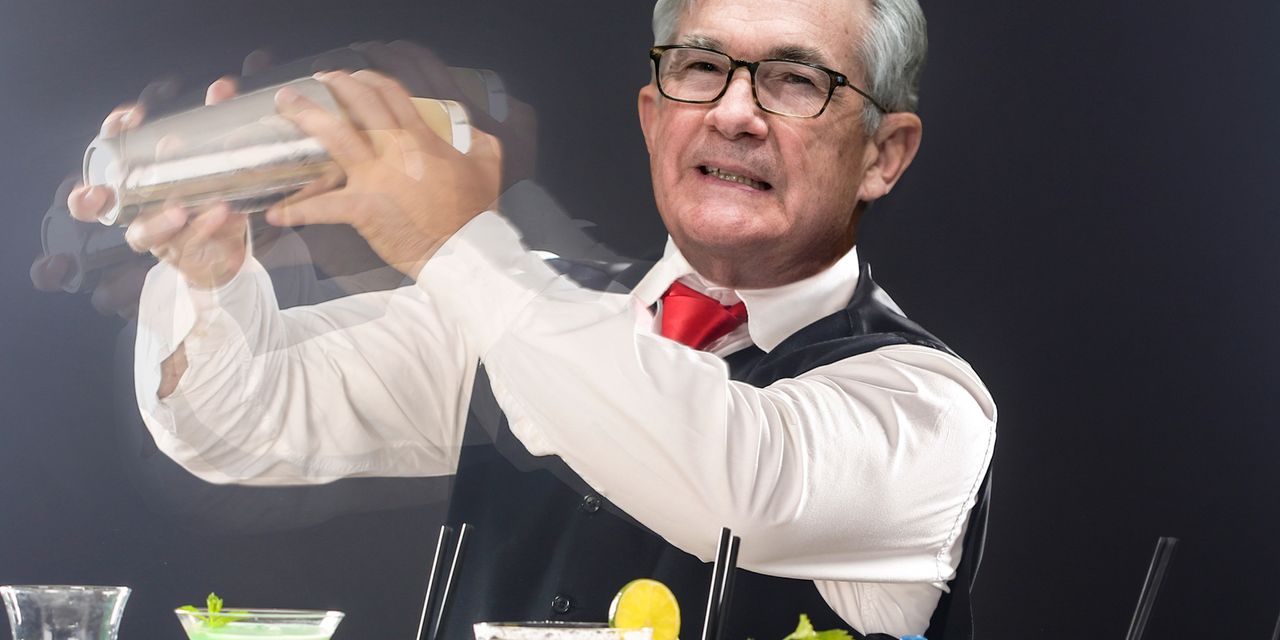 Similarly, investors are at the point now where they do not have to figure out what the Federal Reserve is going to do or what Chair Jerome Powell will say, they just need to know what it will do, and he will say, relative to market expectations.

As Ryan Paisey, market commentator at PriaspusIQ, put it: “Given how hawkish the vast majority of the reads have been on today’s FOMC, there is a huge risk of disappointment. Powell sounding remotely neutral will be seen as dovish by many market participants. And should he actually be dovish… Feathers will fly. ”

So let’s go through these possibilities, one by one.

Let’s dismiss the dovish possibility, outright. There is a dovish case to make – the first-quarter gross domestic product report may not have been as bad as the negative reading indicated, but the US economy is undeniably losing steam, and consumer sentiment is in the toilet. Still, consumer prices just jumped 8.5% year-over-year, and the US labor market added 431,000 jobs last month. It would undercut absolutely everything Powell has done since November to start talking dovish now.

So expect Powell to prepare markets for multiple, half-point rate increases to come. But they already are – expectations are the Fed funds rates will be between 3.25% and 3.5% by next March, compared with just .33% now. That would be four straight half-point increases, and then another four quarter-point hikes.

A natural question, given that the Fed will likely have moved from a quarter-point hike in March to a half-point hike in May, is why not go to a 75-base-point increase in June. Tim Duy, the chief US economist at SGH Macro Advisers, said a 75 basis-point rise would be a bad move, and would risk the Fed not just appearing panicky but causing a recession. Communication also would become a challenge, because hikes of those increments would quickly take rates to levels where the Fed would want to take its foot off the pedal, before economic data would be showing a significant slowing in inflation.

On the one hand, Powell risks sounding too dovish by pushing back against 75-basis-point expectations, and on the other, he could sound too hawkish if he says something like “all options are on the table.” Duy said the inverted yield curve story could come back into play if the market became convinced of a 75-point rise in June.

Nomura’s North American economists led by Aichi Amemiya, for their part, do expect 75-point hikes in both June and July, though they do not expect Powell to explicitly say so. “A response that includes a reference to the 1994 tightening cycle, the last time the Fed raised rates by 75bp, would be a hawkish surprise, while a suggestion that 75bp hikes are unlikely to be appropriate would be dovish relative to our expectations. That said, given financial markets started to price in a 75bp hike in June, we believe there is little incentive for Powell to downplay the possibility of such a move, ”said the team.

The Fed decision is at 2 pm Eastern, when it is expected to lift rates by 50 basis points and also announce its bond selling plan, and the Powell press conference is at 2:30 pm There’s no dot plot this time around. Nothing really matters until then, but ADP reported a 247,000 rise in private-sector payrolls, while the Institute for Supply Management services index is due shortly after the open.

The European Union proposed a ban on Russian oil imports.

Lift LIFT
shares dropped 26% in premarket trade as the ride-hailing company said it would have to pay drivers more to meet demand, which will hit profitability. Rival Uber UBER
lost more than forecast, but recorded stronger-than-forecast revenue as gross bookings rose 35%.

Elon Musk mused that businesses and governments may have to pay to use Twitter TWTR,
as The Wall Street Journal reported that Musk may take Twitter publicly again in just a few years.

NQ00
were leaning higher, after the second straight day of gains for the S&P 500 SPX.
Oil prices CL
rose after the proposed EU ban on Russian imports. The yield on the 10-year Treasury BX: TMUBMUSD10Y
was holding below 3%.

Here were the most active stock market ticker symbols on MarketWatch as of 6 am Eastern.

Comedian Dave Chappelle was attacked during a live performance at the Hollywood Bowl in Los Angeles.

A fake priest talked his way into the barracks of Windsor Castle.