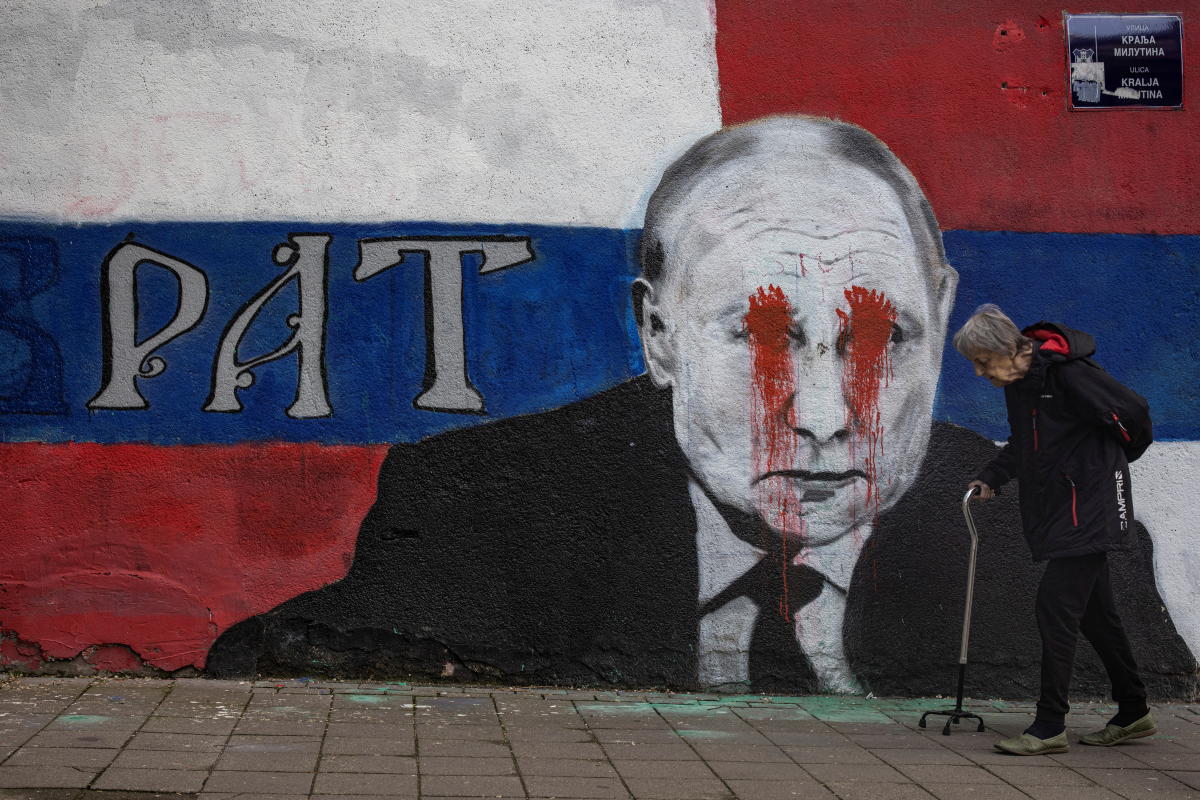 Nuclear war is a tail risk.

The financiers and policymakers who gather for the Milken Institute’s Global Conference in Beverly Hills each year normally debate on monetary policy, political trends and investment opportunities. This year, they’re gauging the likelihood of Armageddon.

The Russia-Ukraine war is an obvious headline issue for financial markets, with Russian forces committing alleged atrocities reminiscent of the Holocaust and many western nations now providing billions of dollars of weapons to the underdog Ukrainians. The war has driven oil prices above $ 100 per barrel and disrupted Ukrainian grain shipments to many nations, which could soon cause food shortages. With no end to the war in sight, the human and economic toll could go much higher.

Russian President Vladimir Putin has hinted he could use nuclear weapons from Russia’s vast arsenal to regain battlefield momentum in Ukraine. Would he really do it?

“I do not think it’s the most likely outcome,” Michèle Flournoy, a senior Pentagon official in the Obama administration, said at the conference. “But if he really feels he’s going to suffer a catastrophic loss, the most likely nuclear use would be a demonstration shot, not actually using it on the battlefield in Ukraine but exploding a nuclear weapon somewhere, to shock everybody, surprise everybody and create fear , and say, ‘I’ve just broken a 70-year taboo and we have to negotiate on my terms.’ That’s one of the things the US and NATO have to think through – how would they respond to that? ”

“If he did that, there would be no good options,” Democratic Rep. Adam Smith of Washington, who chairs the House Armed Services Committee, said in response to Flournoy. “If he does it, obviously we have to come in and fight.”

But Smith emphasizes the best way to approach Putin’s nuclear impulses is to make sure he never feels so threatened he’d resort to nukes: “We need to make very clear this is not an existential threat to Putin and give him that off-ramp. Putin does not want NATO engaged in the fight in Ukraine. If you know NATO’s military capability, the US military capability, if we actually got engaged, Russia would be done in a week. He does not want that so we can play on that. ”

Smith is referring to bellicose comments from people like Republican Sen. Lindsey Graham of South Carolina, who has called for “somebody in Russia to take this guy out.” Even President Biden has said Putin “can not remain in power.” While both politicians may have been calling for Putin’s opponents in Russia to depose him, Putin could interpret it as a US offer to help end his reign, fueling the type of desperation that might lead to Putin using nukes.

Is Putin deluded or mentally ill?

One of the biggest questions hanging over Putin’s invasion of Ukraine, which is obviously going badly, is whether Putin is deluded or sick. “A healthy person would not start a war like that,” Mikhail Khodorkovsky, a Putin foe who was once the richest businessman in Russia, said through an interpreter at the Milken conference. But he thinks Putin likes to keep foes on edge, similar to the way President Richard Nixon famously employed the “madman theory.”

“He wants to show that he’s almost crazy, and that the Russian people are almost crazy,” Khodorkovsky said. “But that’s not the case at all. People want to live. Putin wants to live. Nobody wants suicide. “

Putin’s personal calculus probably depends on the cost he thinks he would pay for setting off a nuke. Biden has vowed NATO and the United States will respond “in kind” if Putin uses a nuke, which would be exactly the sort of Western involvement Putin dreads.

“Biden saying there would be a corresponding response was a very serious braking mechanism on Vladimir Putin,” Khodorkovsky said. “Could Putin use tactical nukes in Ukraine on principle? Of course he could. If you ask me whether he would if he knows he would be met with appropriate response, I do not believe he would. ”

Sanctions on Russia may get tighter, meanwhile, while Congress seems poised to grant a Biden request for a massive increase in US weapons shipments to China. At the Milken conference, former Treasury Secretary Steven Mnuchin called for Europe to impose an immediate embargo on Russia oil, to slash the energy revenue Putin uses to build and sustain Russia’s military. Europe is debating such a move and seems likely to phase in an embargo, to limit the immediate damage to a European economy that now seems to be tilting towards a modest recession.

Khodorkovsky suggests Putin himself could be phased out in a way that is less threatening than the threat of a coup. “If after this war ends, you’re going to facilitate his ability to rearm himself, you’re only going to get the same thing once again,” Khodorkovsky said. “An exit strategy is actually very simple. The exit strategy should be we do not want to see you in power, but we do not necessarily need to see you leave power right now. This is an adequate enough exit strategy for him. ”

Rick Newman is the author of four books, including “Rebounders: How Winners Pivot from Setback to Success.Follow him on Twitter: @rickjnewman.

Read the latest financial and business news from Yahoo Finance