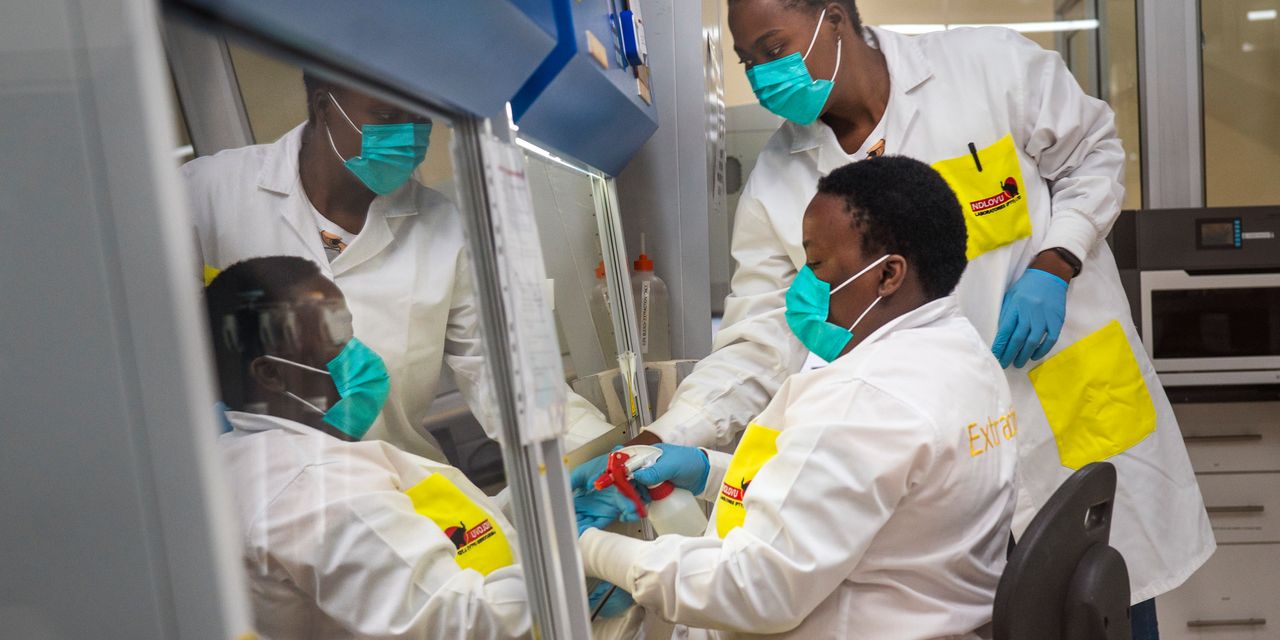 A surge in COVID-19 cases in South Africa fueled by two new subvariants of omicron has raised concerns that they are even more transmissible than the BA.2 strain which has been dominant in the US since early April.

The BA.4 and BA.5 subvariants have led to a tripling of cases in South Africa in the past week and an increase in hospitalizations, the New York Times reported.

Data from South Africa are showing that BA.4 and BA.5 evade the protection created by an infection with the original omicron, called BA.1, resulting in symptomatic infections, the Times reported. But for now it’s unclear whether the two new subvariants are resulting in more severe illness.

The news comes as COVID cases continue to rise in the US after a steep decline early in the year, driven by BA.2 and two other subvariants that appear to be even more infectious. The two, named BA.2.12 and BA.2.12.1, were highlighted by health officials in New York state recently.

“We’re at an awkward global moment where the past can not really predict the future,” Dr. Kavita Patel, a primary-care physician who led the Obama administration’s response to the H1N1 swine flu, told the newspaper.

New York City raised its COVID alert level to medium from low, according to the city’s health department website, signaling that cases are rising at an undesirably fast pace.

The city is currently seeing nearly 2,500 new cases a day, which is up from about 600 in early March. The number may be even higher as many people are now testing at home and the data is not all being collected.

It’s unclear for now whether Mayor Eric Adams will reintroduce certain public safety measures such as face masks in indoor settings. The health department is recommending that New Yorkers keep up vaccines and boosters, wear a face mask in indoor settings and get tested if they are unwell.

“If NYC’s Alert Level is raised to High, the City will consider requiring face masks in all public indoor settings,” said the health department.

In other medical news, Pfizer PFE,

said its COVID-19 pill, Paxlovid, failed to reduce the risk of spreading the virus to household contacts. The drug maker had been testing Paxlovid as a post-exposure prophylactic in Phase 2/3 clinical trial. The drug did reduce the risks of spreading a confirmed and symptomatic COVID-19 infection. The results were not statistically significant.

Coronavirus Update: MarketWatch’s daily roundup has been curating and reporting all the latest developments every weekday since the coronavirus pandemic began

Other COVID-19 news you should know about:

• Restaurants in Beijing have been ordered to close dine-in services over the May holidays as the Chinese capital grapples with a COVID-19 outbreak, the Associated Press reported. Restaurants have been ordered to only provide takeout services from Sunday to Wednesday, during China’s Labor Day holidays. Beijing began mass testing millions of residents earlier this week as it scrambled to stamp out a COVID-19 outbreak. Beijing is trying to prevent a massive outbreak that could trigger a citywide lockdown like the one that has paralyzed Shanghai for more than three weeks. Millions of residents there have been under lockdown and food has run low at times, prompting criticism despite government efforts to censor it.

• The COVID lockdowns have already dented manufacturing activity in China, with the monthly purchasing managers index falling to a six-month low in April, according to a separate AP report. index, released by China’s National Bureau of Statistics, fell to 47.4 in April, down from 49.5 in March on a 100-point scale. Numbers below 50 show activity contracting. The trend is also showing up in corporate announcements; NIO Inc. and Li Auto Inc. reported sharp drops in April deliveries, with both citing supply-chain challenges resulting from a new wave of COVID-19 outbreaks.

• Italy and Greece relaxed some COVID-19 restrictions on Sunday ahead of Europe’s peak tourist season, in a sign that life was increasingly returning to normal, the AP reported. Greece’s civil aviation authority announced that it was lifting all COVID-19 rules for international and domestic flights except for the wearing of face masks during flights and at airports. Previously, air travelers were required to show proof of vaccination, a negative test or a recent recovery from the disease. Under a decree passed by Italy’s health ministry, the country did away with the health pass that had been required to enter restaurants, cinemas, gyms and other venues. The green pass, which showed proof of vaccination, recovery from the virus or a recent negative test, is still required to access hospitals and nursing homes.

• New Zealand welcomed tourists from the US, Canada, Britain, Japan and more than 50 other countries for the first time in more than two years Monday after dropping most of its remaining pandemic border restrictions. The country has long been renowned for its breathtaking scenery and adventure tourism offerings such as bungee jumping and skiing. Before the spread of COVID-19, more than 3 million tourists visited each year, accounting for 20% of New Zealand’s foreign income and more than 5% of the overall economy.

Here’s what the numbers say

The global tally of confirmed cases of COVID-19 topped 513.9 million on Friday, while the death toll rose above 6.23 million, according to data aggregated by Johns Hopkins University.