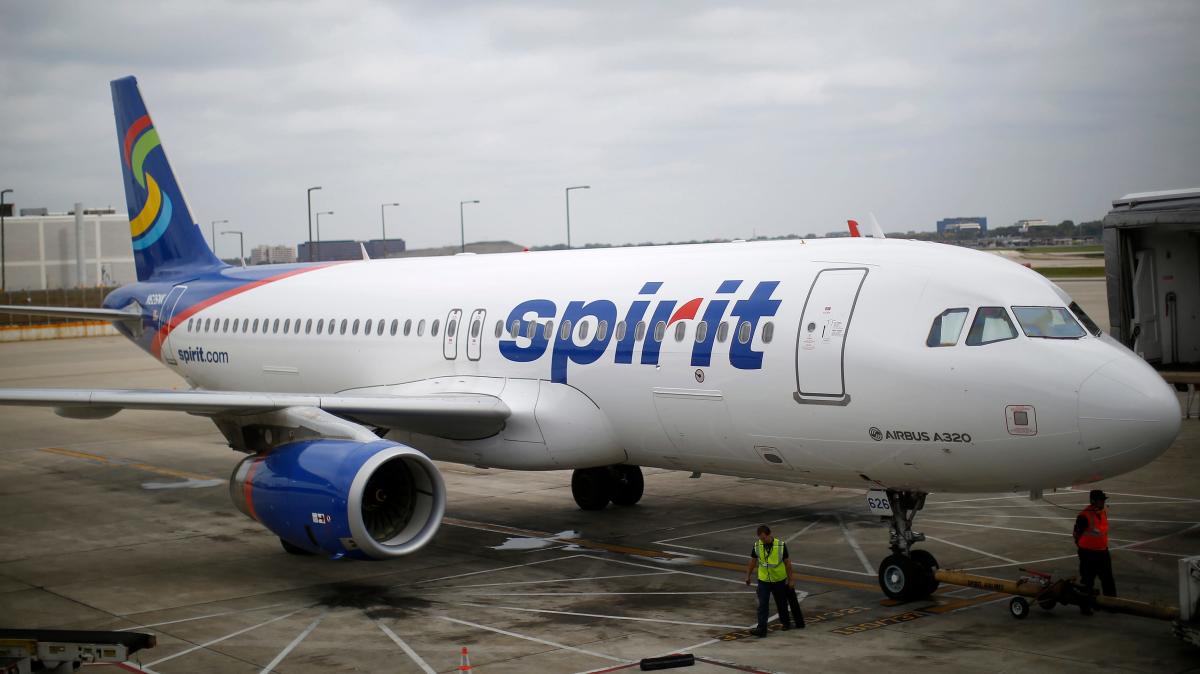 RACHELLE AKUFFO: Welcome back, everyone. It’s time for our triple play, the three tickers that we’re all watching. So, I’m going to start with an oldie but goodie that we have not seen in a while, which is Redbox. Ticker symbol, RDBX. And of course, you’ll remember this is the entertainment company that starts with these red DVD movie rental kiosks before adding streaming to the mix, but as you can see, the stock is up more than 50% for the day.

A lot of people were wondering why. It was up more than 60% this morning. Now, trading actually had to be halted twice this morning due to volatility as the daily trading volume far exceeded its average of about five million shares.

Now, social media has been buzzing about traders targeting the company’s shares for a short squeeze, especially since the company’s CFO stepped down last week. It was also a regulatory filing with the SEC Thursday that revealed that Redbox received access to a $ 50 million credit line. But they also laid off 10% of its workforce in April as part of some of these cost-cutting measures as COVID really took a bite out of its business.

So, it’ll be interesting to see, is this a blip, or are we back in the phase of the meme stocks? Are they making a revival? We’ll just have to see.

– You know, Rachelle, I have to be honest, I had to Google exactly what Redbox’s business model is at this point, because all I remember them doing are those DVDs. So, it’s interesting to see whether or not how much growth potential, I guess, we will see from the company.

But we have certainly seen a rise once again in some of these meme-type plays. I think it’s way too early to count them out. We can not count them out. And certainly a name like Redbox, since it is such a small market cap, obviously, attracts a lot of those day traders and a lot of those meme-type of trades that we have seen essentially succeed, I guess, over the last several months and a couple of years.

But let’s go from one of the big winners today to actually one stock that’s under a significant amount of pressure, and that’s Spirit. So, Spirit’s board unanimously rejecting JetBlue’s $ 3.6 billion takeover offer over what they say is antitrust risk. Now, Spirit CEO Matt Gardner writing a letter to JetBlue saying that the proposal, quote, “involves an unacceptable level of closing risk,” and that Spirit, quote, “continues to believe in the strategic rationale of the proposed merger with Frontier.”

Now, that was made a few months ago. So, JetBlue’s offer is much higher than the bid by Frontier for $ 22.44 a share. Spirit’s decline is the worst that we’ve seen in nearly two months. And you can see the stock there up just over nearly 10%, Dave.

So, certainly a huge hit. Investors in Spirit kind of wondering why maybe they did not go with that better offer from JetBlue, but we’ll see. It certainly makes Frontier and Spirit a massive player, not only in the industry, but the largest discount airliner.

– Yeah, and some feel that’s why the deal was not going to be approved, because JetBlue technically falls under another category, just above Frontier and Spirit. And now, Frontier and Spirit, the fifth largest airline in the country, was surprised to see that. But JetBlue had sweetened the deal, $ 200 million breakup fee, and still Spirit said, no, we’m still going to pass. So, they must have had a pretty good feeling that deal was not going to be approved.

All right, my play is much like Rachelle’s, spiking on the day, Blue Apron. The ticker, APRN, is up about 35% on the day. This one’s not fluky though. The meal kit delivery company has a plan to deal with their debt finally.

Today receiving $ 70 million in financing as part of a mixed arrangement. CEO Linda Findley will contribute 1/2 a million dollars. Now, that 70 million might sound small in the grand scheme of things, but not so much. That’s more than 1/2 the company’s market cap at this point.

As you might imagine, the sector is largely seen as a bit of a COVID lockdown play. Now, that we’re back out, people want to dine out. But look at the stock, jumping on the day, but it has been bad news this year. Still down more than 40% year-to-date. The sector as well, HelloFresh, probably its biggest competitor, also down 40 plus percent on the year. I have never tried a meal kit at home. Rachelle, have you?

RACHELLE AKUFFO: Many. Let me tell you, I mean, for some of these kits, you have all these good intentions, and then you like, oh, but I do not feel like this. So, I think when you factor in that, you kind of get a little bit bored, and then you factor– you factor in the price of food, what inflation is doing. It’s like, is it worth it for me to buy this kit or just get the groceries myself and try and save some money where I can at different stores?

So, it’ll be interesting to see. Obviously, people are returning to work and returning back to some of these restaurants, but we are still in this hybrid work model. So, they might still be a bit of room for growth, but we’ll have to see if they end up bumping up against a ceiling.

– Yeah, I was going to say, I have tried some of these meal kit services, and my big problem is they say it’s going to save you the time, but it does not save you that much time. I want something that’s, like, under 10 minutes, everything’s basically done. I just need to pop it into the oven. These things take, like, 30 to 40 minutes. I do not know. That’s why I have a little bit of problem.

– Does it save you money?

– You know, that’s another thing. It saves you a little bit of money.

– It definitely saves you money from going out to eat all the time. But I do not know. In the end, if you were to just go buy your– buy your own groceries and make maybe a simpler recipe, I think you’d be saving money there.