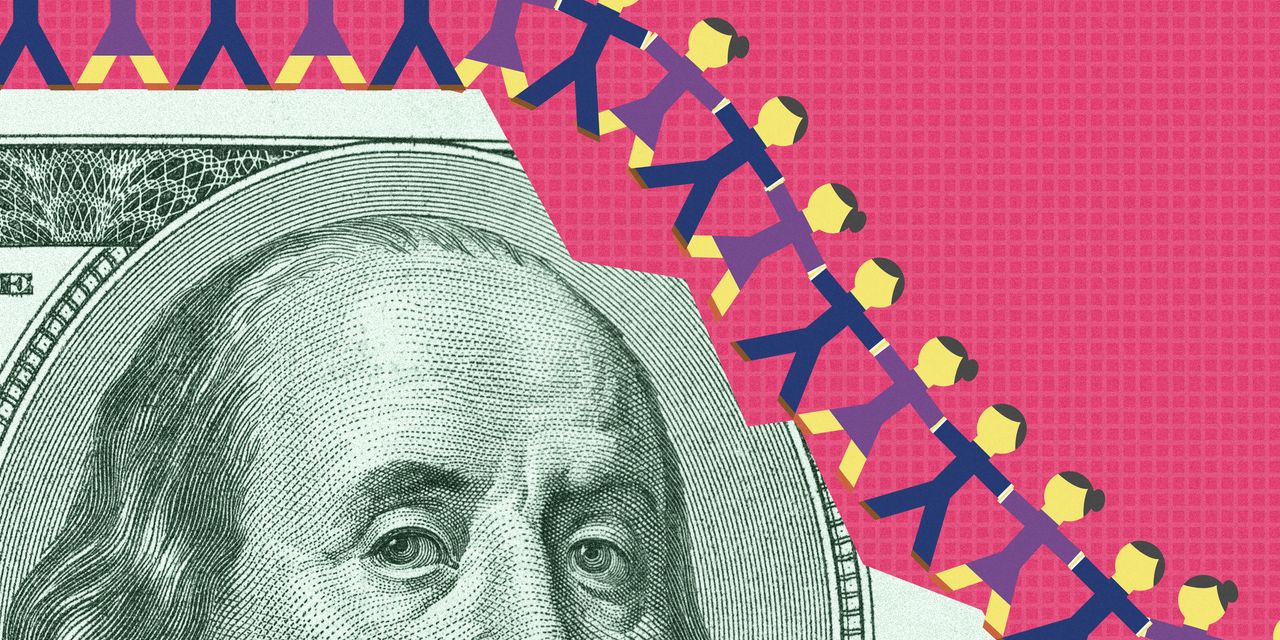 Stocks and bonds are falling in tandem at a pace not seen in decades, leaving investors with few places to hide from market volatility.

Through Friday, the S&P 500 was down 13% for 2022 and the Bloomberg US Aggregate bond index — largely US Treasurys, highly rated corporate bonds and mortgage-backed securities — was off 9.5%. That puts them on track for their biggest simultaneous drop in Dow Jones Market Data going back to 1976. The only other time both indices dropped for the year was in 1994, when the bond index declined 2.9% and the S&P 500 fell 1.5%.

It is the latest dilemma for investors who are struggling to manage the large swings roiling financial markets around the globe. This year’s declines have dealt a blow to the 60/40 portfolio model — a mix of 60% stocks and 40% bonds that has long been advertised as offering strong returns and hedging against the expected occasional pullback in stocks, which are typically viewed as being much riskier than bonds.

That hedge has evaporated this year. Investors have dumped both stocks and bonds as the Federal Reserve has embarked on a campaign to raise interest rates to combat inflation, which is at a 40-year high. Even the safest investments, Treasurys, have fallen sharply.

Some investors are reaching into commodities markets, including John Cunnison, chief investment officer at Baker Boyer Bank, who has increased bets on stocks tied to metals and natural resources. But concerns about commodity prices after a sharp rally driven by inflation concerns make others leery.

“There’s no silver bullet,” said Mr. Cunnison. “Everywhere we could, we were trying to find diversifying assets.”

The route in the bond market deepened Monday, with the yield on the 10-year Treasury note hitting 3% for the first time since 2018. Some investors warn it is early yet — and the tumble in bond prices may continue. During the Fed’s last rate-hiking cycle — which concluded in December 2018 — Treasury yields did not touch 3% until late that year, near the end of the cycle.

The Fed is poised Wednesday to raise interest rates by half a percentage point, which would mark the first increase of that magnitude in 22 years. Investors are expecting more interest-rate increases ahead: Interest-rate derivatives show investors expect the Fed to increase its benchmark federal-funds rate to above 3% next year, from its current level of between 0.25% and 0.5%.

Mr. Cunnison said he has been trimming exposure to bonds that mature much later in time and that are more sensitive to interest rates. The rally in commodity prices this year — from oil to soybeans and oats — has helped stoke fears about inflation and skepticism about how the Fed can tame it without pushing the economy into a recession.

High inflation has also made some investors reluctant to pour more money into bonds despite the turmoil in the stock market. Inflation can chip away at the purchasing power of the fixed payments that bonds offer. As a result, some investors said they were going to hang on to stocks through the volatility.

The S&P 500 just finished its worst month since March 2020, while many technology stocks have been harder hit. The Nasdaq Composite is down almost 20% this year, and shares of many of the tech heavyweights that have driven the market higher in recent years are sitting on double-digit percentage losses.

“There’s been a lot of days when I open up my Bloomberg screen and everything is red and I have to squint to see what the green number is,” said Josh Kutin, head of asset allocation for North America at Columbia Threadneedle Investments, who oversees about $ 90 billion in assets.

Mr. Kutin said he is still holding more stocks than the benchmarks he follows, because he expects high inflation will continue to ding bond prices. He said investments in corners of the market like commodities have helped protect some of the firm’s portfolios.

Some individual investors, particularly those who rely on their portfolio returns for income during retirement, have been burned by the recent volatility. Still, despite the turbulence, US stock funds have drawn more than $ 81 billion in assets this year through late April, according to data from EPFR. Bond and money-market funds had lost more than a combined $ 250 billion.

Fred Wallace, a 67-year-old retiree who lives in Los Angeles, said he has sold some of his bonds and now keeps more of his portfolio in cash and stocks instead. He is bearish on bonds.

“I have maintained a pretty strong equity position that has kind of trickled north over the past couple of years,” said Mr. Wallace.

His allocation to stocks has edged up to around 70% recently, up from roughly 65% ​​at the end of 2020. He is willing to weather the volatility.

“I believe the market will always come back,” he said.

A pre-markets primer packed with news, trends and ideas. Plus, up-to-the-minute market data.

Still, some investors say it is not wise to throw in the towel on bonds, despite the big losses this year.

The Fed’s outlook on interest rates may shift rapidly as the economy evolves. It is still unclear how the rising rates will ripple through the jobs market and affect consumer spending. Already, it looks like some Americans are growing more price sensitive to big-ticket items. And fresh data last week showed that the economy contracted last quarter for the first time since the onset of the pandemic.

That will have implications for the bond market, said Anna Rathbun, Cleveland-based chief investment officer of CBIZ Investment Advisory Services.

“I would not give up on fixed income,” said Ms. Rathbun. “Anything that goes straight up, sometimes goes straight down,” she said, pointing to the sharp rise in yields this year as bond prices have dropped.

How are you handling market volatility? Join the conversation below.

Write to Gunjan Banerji at gunjan.banerji@wsj.com