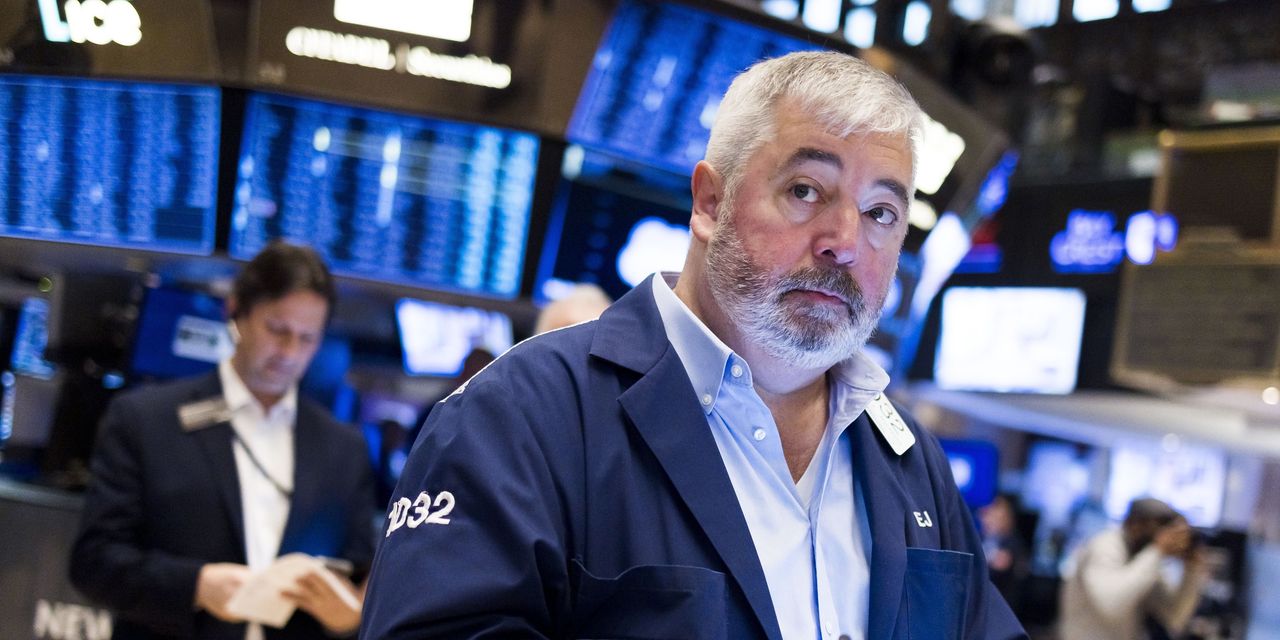 Technology stocks were poised to gain as investors cheered earnings from Meta Platforms and awaited results from Apple and Amazon.

owner’s stock rose 14% in premarket trading Thursday after the company said it had added more users than investors expected in the first quarter. That gain helped send Nasdaq-100 futures up 1.4%, pointing to a broader rally in tech shares.

Twitter shares added 1% after the social-media company posted higher revenue and withdrew financial guidance ahead of its acquisition by Elon Musk. Southwest Airlines rose 3.4% on forecasts that the airline will turn a profit for the rest of the year.

said profits were higher than analysts had expected, pushing shares up 1.4%. Carlyle Group added 2.4% after assets under management at the investment firm rose from the previous quarter.

On the economic front, data showed the US economy shrank at a 1.4% annual rate in the first quarter, its first contraction since the pandemic.

The sharp rise in stock futures highlighted the uncertainty investors face as the Federal Reserve embarks on a series of interest-rate rises to quell inflation. Thursday’s rally contrasted with the swoon in tech stocks after Netflix earnings disappointed investors earlier in April. With little visibility over how higher rates will filter through the wider economy, money managers say trading has been thin and prone to whipsaw moves in both directions.

“I do not think people have a lot of conviction at all,” said John Roe, head of multiasset funds at Legal & General Investment Management. “It’s a period of time when fundamental uncertainty is at a particularly high level.”

Investors will get a glimpse of how decades-high inflation — and the Fed’s response — are affecting consumer sentiment when Apple and Amazon file quarterly results after the closing bell.

Chinese markets regained their footing after tumbling on concerns that lockdowns in major cities would slow growth in the world’s second-largest economy. The Shanghai Composite Index edged up 0.6%. Hong Kong’s Hang Seng rose 1.7%.

The Nikkei 225 gained 1.8% after the Bank of Japan reinforced its commitment to low interest rates despite rising inflation. The central bank said it would purchase 10-year Japanese government bonds at a yield of 0.25% every business day to ensure that the yield does not exceed that level.

The commitment to easy monetary policy contrasts with the stance of the Fed, and sent the yen lower against the dollar. Japan’s currency tumbled to about 130.65 yen per dollar, the weakest level since 2002. The offshore yuan weakened about 0.9%, with one dollar buying about 6.64 yuan.

The WSJ Dollar Index rose 0.9% to 96.05, its highest since March 2020, when the early spread of Covid-19 was causing stress across global markets.

In commodities, European natural-gas markets calmed after prices shot up when Russia turned off supplies to two European Union members Wednesday. Prices for gas futures fell 7.7% to 99.15 euros, equivalent to $ 103.96, a megawatt-hour.

Write to Joe Wallace at joe.wallace@wsj.com and Quentin Webb at quentin.webb@wsj.com