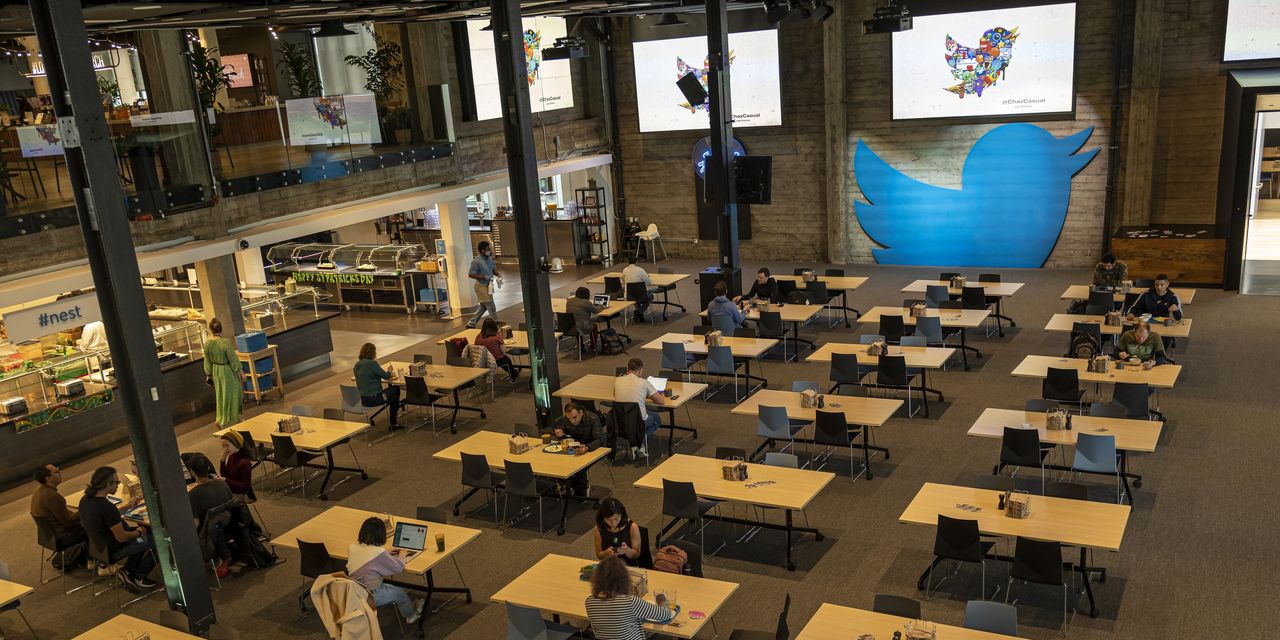 The improved results may offer little meaning, with Mr. Musk expected to implement changes to Twitter’s business model and its messaging platform once the $ 44 billion deal is finalized. The billionaire has floated moves including relying less on advertising to generate revenue and loosening content-moderation rules that could impact ad placement and the user experience.

Twitter said Thursday that it was withdrawing all previously provided goals and outlooks, and it would not provide any forward-looking guidance. Before Mr. Musk’s courtship, Twitter had been working to achieve three main goals by the end of 2023: to surpass $ 7.5 billion in annual revenue, reach 315 million daily users and double the pace at which it produces new technology.

What does Twitter’s earnings report suggest about the company’s long-term health? Join the conversation below.

Because of its pending sale to Mr. Musk, announced Monday, Twitter said it would not host a conference call with analysts to discuss the results.

At an all-hands employee meeting late Monday, Chief Executive Officer Parag Agrawal said no layoffs were planned and the company’s priorities aren’t changing before the deal closes, according to a person who heard the remarks.

In what may be one of its final earnings reports as a public company, Twitter said its daily user base rose to 229 million from 214.7 million in the December-ended quarter. Analysts polled by FactSet had expected a user count of about 226 million.

Twitter said Thursday that it had overstated its user base for nearly three years through the end of 2021 because of an error in how it accounted for people linked to multiple accounts. The company provided restated figures, including lowering its December quarter number to 214.7 million from 217 million.

The mistake “is definitely another black eye for management at a time when Musk has already been pretty critical of them and their ability to execute,” said Truist Securities analyst Youssef H. Squali.

Twitter’s revenue rose to $ 1.2 billion in the first quarter from $ 1.04 billion a year earlier. Analysts had forecast revenue of $ 1.23 billion, according to FactSet. Twitter noted headwinds associated with the war in Ukraine, which Cascend Securities analyst Eric Ross found puzzling because Twitter is designed to disseminate news.

“Twitter should be benefiting from this. Why is that not happening? ” Mr. Ross said.

Advertising revenue increased 23% to $ 1.11 billion. The results come as its social-media peers such as Snap Inc.

Twitter reported earnings of $ 513 million, which included a pretax gain of $ 970 million from the sale of mobile ad firm MoPub to AppLovin Corp.

Twitter said expenses in the quarter increased 35% and resulted in an operating loss of $ 128 million, compared to operating income of $ 52 million in the year-earlier quarter.

Twitter’s earnings report shows that the company is capable of improving engagement, but “its financial execution against that usage is underwhelming,” said Chas Cocke, founder and chief executive of hedge fund LB Partners LLC. Of the $ 100 million the firm manages, more than 10% was invested in the social-media company until Monday when it sold the shares.

“Twitter seems to be throwing headcount at the problem, which is leading to a bloated cost structure in relation to its revenue base,” Mr. Cocke said. “One can imagine this is precisely the financial opportunity that Elon Musk sees.”

Mr. Musk’s deal for Twitter — funded through bank debt and cash promised by the billionaire himself — raises questions about the social-media company’s financial footing. The transaction could nearly triple its leverage and saddle it with hundreds of millions of dollars in interest payable on the more than $ 25 billion used to fund the leveraged buyout.

S&P Global Ratings said Tuesday that it expects the substantial increase in Twitter’s leverage to lead to a potential multinotch downgrade of the company’s credit rating, which is currently BB +, or below investment grade.

To service the debt, Mr. Musk will need to preserve Twitter’s cash flow and grow it, which would be difficult without advertising. Mr. Musk has proposed changes for the company that include relying less on advertising. Ads currently account for around 90% of Twitter’s revenue.

Twitter introduced Twitter Blue, its first consumer subscription offering, to the US market in November. Mr. Agrawal said on Twitter’s last earnings call in February that Blue appeals to the company’s “most heavy users” but was not critical to achieving its 2023 revenue goal at the time.

Mr. Musk, should he take over the company, faces other challenges ahead. He has pledged to adopt a more hands-off approach to moderating speech on Twitter, saying in a tweet Monday that he wants the platform to be a destination for wide-ranging discourse and disagreement. On Tuesday, the internal market commissioner at the European Union cautioned that he would need to follow the bloc’s new rules on content moderation.