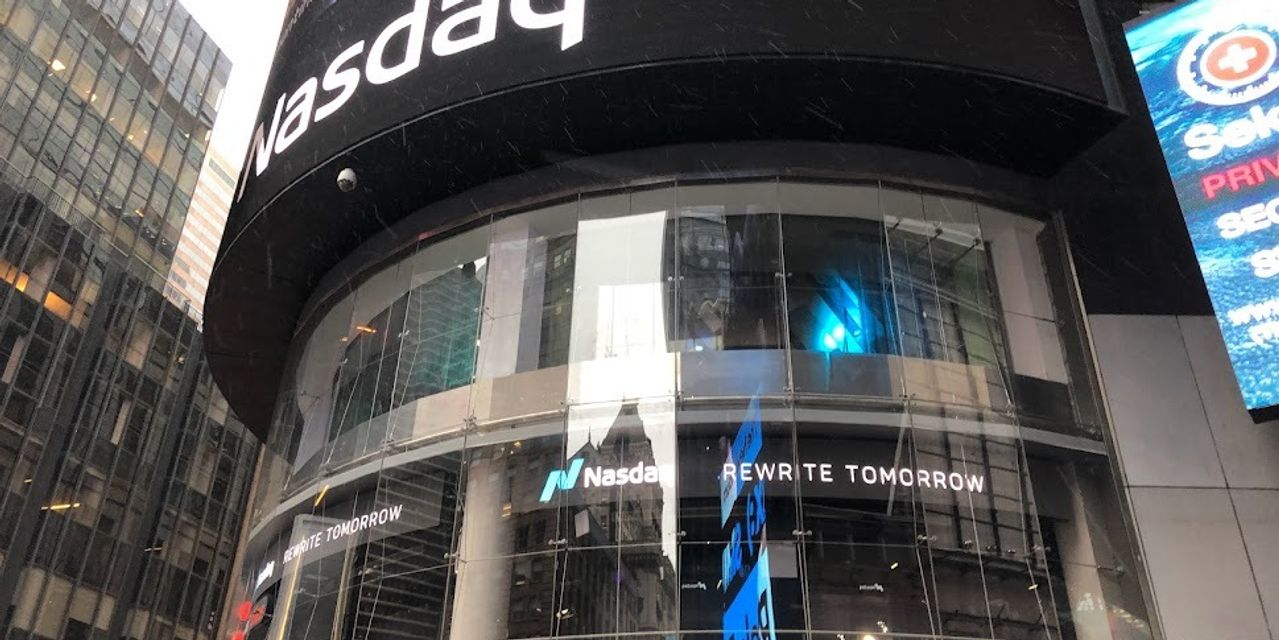 A previous version of this report gave an incorrect date for the Federal Reserve Open Market Committee meeting in May. The story has been corrected.

US stock futures were pointing to gains for Wall Street on Wednesday, with tech in focus following mixed results from Microsoft Corp. and Alphabet Inc. and the worst day for the Nasdaq Composite since 2020.

How are stock-index futures trading?

Markets have been seesawing lately, with Tuesday’s slump coming on the heels of a rebound. Monday’s gains followed sharp losses Friday.

Investors are juggling several concerns at once, including fears the Federal Reserve could knock the economy into recession as it battles high inflation, China’s COVID outbreak, an ongoing war in Ukraine and a mixed reporting season.

An attempt at a rebound for technology stocks could stem from upbeat results from Microsoft MSFT
after the tech giant late Tuesday reported profit and sales estimates that beat forecasts. Shares jumped 5% in premarket trading.

Shares of electric-car maker Tesla Inc. TSLA
rose 2.8% in premarket trading, following a 10% drop on Tuesday amid concerns CEO Elon Musk may be taking on too much with his proposed deal for Twitter TWTR.

Read: If Elon Musk and Twitter do not complete their deal, one of them will have to pay $ 1 billion

“Either way, tech and high beta areas of the equity market need to find some inspiration, or a further liquidation can not be ruled out – at the moment it feels like catching a falling knife,” said Chris Weston, head of research at Pepperstone, in a note to clients. ”

“Again, we ask what will [be] the circuit breaker to promote a lasting trend higher. My own view is it either comes from a belief that China has COVID under control or we hear a Fed member saying ‘inflation is a concern but we’re watching for signs that growth concerns or financial conditions overtighten,’ ”said Weston. Investors will not hear from Federal Reserve officials after the next Fed meeting on May 4.

Facebook parent Meta FB
will be the next big tech group to report, with those results expected after the market close, alongside Qualcomm QCOM,
PayPal PYPL
and Ford Motor F.
Ahead of Wednesday’s open, investors will hear from Boeing BA
and Kraft-Heinz KHC,
among others.

Economic data ahead for Wednesday includes an advance report on international trade in goods, following by a pending home-sales index.

Investors are also keeping watch on tensions surrounding the war in Ukraine, with signs of escalation after Russia’s Gazprom said Wednesday that it is halting gas deliveries to Bulgaria and Poland due to a failure by those countries to pay in rubles. European gas prices saw a 10% jump.

“It further highlights the vulnerability of other EU members like Germany as they risk similar cutoffs soon,” said strategists at Danske Bank, in a note to clients. Those tensions weighed on the euro EURUSD,
which fell 0.3% against the dollar and to its weakest level since April 2017.

What companies are in focus?