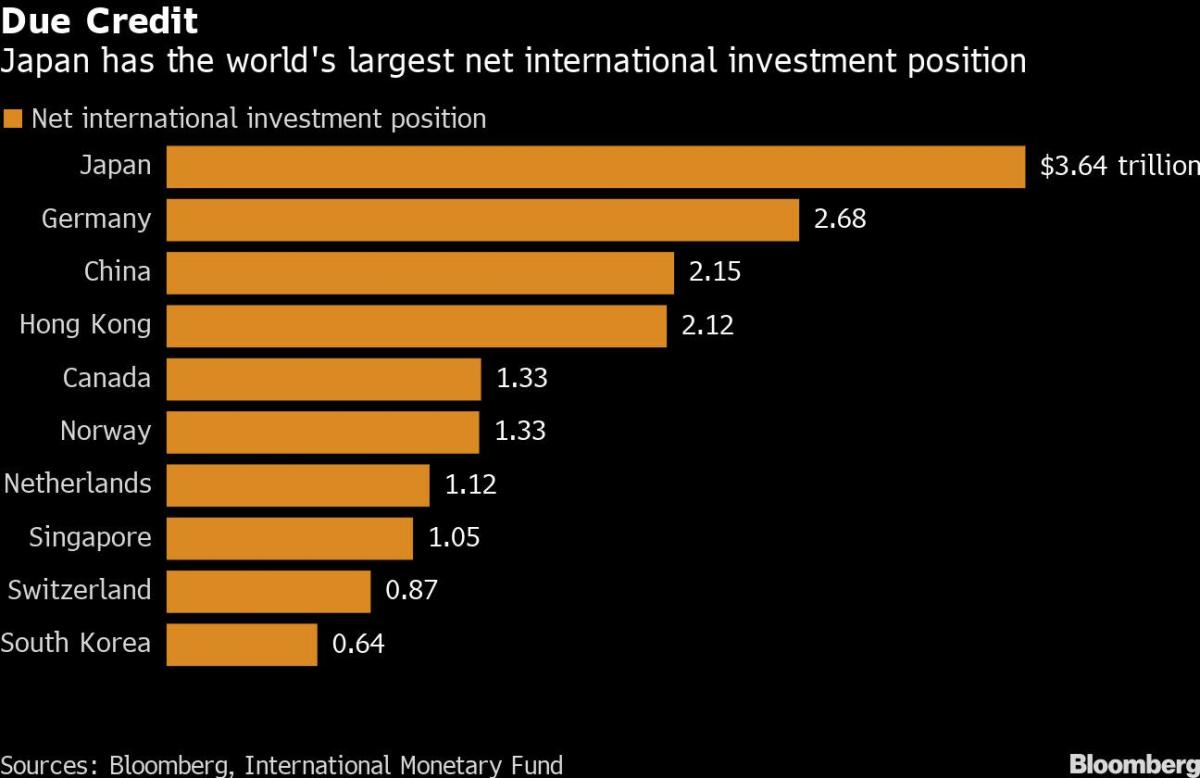 (Bloomberg) – The yen’s plunge to a 20-year low threatens to leave it significantly weaker for years to come, shaking up global money flows and undermining Japan’s efforts to get its fragile economy back on track.

The speed of the decline – it’s slumped more than 10% against the dollar in seven weeks – has caught policy makers off guard and exposed divisions between a central bank intent on stoking inflation and a government facing a backlash over rising prices.

Currency trading has gone into overdrive while other parts of the financial markets are counting the costs. Companies have slashed sales of yen-denominated bonds they depend on to fund operations and the returns that Tokyo-listed stocks offer international investors have plunged far into the red in dollar terms.

The sell off began in earnest around March 10, when the US reported the highest inflation in 40 years, increasing expectations for the Federal Reserve to raise rates aggressively while the Bank of Japan stands still.

The yen tumbled further on Thursday, through the key 130 level versus the dollar when Governor Haruhiko Kuroda doubled down on his ultra-easy settings with plans for fixed-rate bond purchases every day to keep yields in check.

Appropriate actions will be taken on the foreign-exchange market if needed, an official from Japan’s finance ministry said on Thursday, adding that recent moves in the yen warrant extreme concern. The currency pared losses to trade 1.6% weaker after the official’s comments.

But it’s also clear that forces beyond differences in interest rates have intensified the currency’s rout. When the Fed embarked on its last hiking cycle through late 2018, the yen did not see a comparable decline.

This slump – which has coincided with Russia’s invasion of Ukraine – has spurred global fund managers to question the long-held view of the yen as a haven in times of trouble. If they’re right, more money may head to places like North America, Europe and China during future crises.

“What sometimes appears to be a short-term move can in fact signal a deeper, more essential trend,” said Taku Ito, chief fund manager at Nissay Asset Management Corp. “People have been saying that the yen is falling because of interest rate differentials, but it may actually reflect a weakening of the Japanese economy.”

The war in Ukraine and the impact of the coronavirus pandemic have heaped more pressure on Japan, laying bare an economy that’s struggling to regain its vigor despite nearly a decade of effort through Abenomics.

Real gross domestic product will tick up to 2% this year but start sliding again in 2023, before hitting just 0.8% in 2024, according to Bloomberg Economics. And while consumer price inflation may briefly reach around 2% at some point this year, the BOJ does not see annual inflation hitting that level in forecasts out to March 2025.

Consumers who waited for wage rises that never came are unwilling to pay higher prices. The central bank is holding out for domestic demand to pick up and businesses that cater to Japan’s home market are caught in the middle.

Meanwhile, exporters like Toyota Motor Corp. are seeing raw materials costs rise but get less benefit than they once did from a lower yen, having increased production offshore as the population shrinks at home.

“The weak economy means investment will not flow into Japan and Japanese companies will not invest within the nation,” said Takatoshi Ito, a professor at Columbia University’s School of International and Public Affairs. “The moves in the yen have not diverged from economic fundamentals.”

His assessment helps explain why Japan has not gone into the market to stem the drop by selling dollars for yen, and why it can not expect any support from its trading partners if it does. Despite more than $ 1.4 trillion of foreign currency reserves – a hoard second only to China’s – policy makers have confined themselves to verbal intervention.

With daily trading in excess of $ 6.6 trillion, foreign exchange is the world’s largest financial market and too big for Japan to fight on its own with any hope of success.

Indeed, investors may be late in their judgment of the yen rather than wrong.

An inflation-adjusted measure of the yen’s strength against a basket of currencies shows it in broad decline since the mid-1990s, around the time Japan’s economic bubble burst. It’s now at levels last seen half a century ago, when the dollar’s convertibility to gold ended, ushering in a new era for foreign exchange markets.

“The yen has become such an easy target to sell,” said Ayako Sera, a market strategist at Sumitomo Mitsui Trust Bank Ltd. Investors are confident that policy will stay loose in Japan and there is little sign of an end to the strong dollar, she said.

While the average forecast of Japanese companies for the current fiscal year is for the yen at 111.93, Kuroda shows no signs of adjusting monetary policy to address their concerns.

His tolerance of a weak yen is longstanding, having stood by when he was the Finance Ministry’s top currency official in 2002 and it slumped to 135.

Even as he edged closer to Finance Minister Shunichi Suzuki by acknowledging that very rapid changes in the currency can have negative affects, Kuroda insisted Thursday that a weak yen is overall positive for the economy.

He also noted that the cost-push inflation being seen now – which is linked to higher import costs and the currency’s drop – is not sustainable and that Japan is not in a position to allow monetary policy normalization.

This contrasts with expectations for the Fed to hike rates by 50 basis points next month and to follow with more of the same in June and July.

“Japan is not the No. 1 economy in Asia anymore and a decade has passed since China exceeded it in GDP. The new government of Prime Minister Fumio Kishida needs to make extraordinary efforts in structural reform for Japan to increase its potential growth and revive the yen as a safe haven currency in a sustainable way. ”

To be sure, Japan’s current account is in surplus and the country remains the world’s top creditor, which helps the yen even if government debt is two-and-a-half times bigger than annual economic output.

“Structural weaknesses in Japan are still less than the advantages it offers such as political stability, rule of law and robust markets,” said Matthew Goodman of the Center for Strategic & International Studies, who previously advised the White House on Asia.

The depth and liquidity of Japan’s bond market will continue to help the yen as a haven, according to Eswar Prasad, an economist at Cornell University who previously worked at the International Monetary Fund.

“The desire of many reserve managers to diversify away from dollar-denominated assets might help to marginally bolster the yen’s share in the coming years,” Prasad said.

Still, this matters little for many traders right now, who are racing to keep up with the pace of change.

“These are very unusual times and a lot of old-school traders like myself are scratching their heads and thinking ‘wow, this is incredible’,” said Brian Gould, head of trading at Capital.com, and a three-decade currency- markets veteran. “The selling will continue until there’s either a massive change in policy or we get some intervention by central banks.”

(Adds sixth paragraph with MOF’s comment on the yen and reactions in the currency market.)